The province's highest court is set to rule on the long-running dispute between the government and the B.C. Teachers' Federation – a decision that, while significant, could still be months or even years removed from any tangible change in B.C. classrooms.

The B.C. Court of Appeal will release its reasons for judgment on Thursday morning. It will come after years of bitter back-and-forth that last year culminated in the longest teachers' strike in B.C.'s history. While that legal fight ended with a six-year deal, Thursday's decision will centre on the legal fight over classroom working conditions.

The protracted dispute stems from legislation introduced in 2002 by then-education minister Christy Clark. Bills 27 and 28 – the Education Services Collective Agreement Act and the Public Education Flexibility and Choice Act, respectively – stripped teachers of their right to collectively bargain class size and composition.

"Government considers class-size limits, formulas and staffing ratios to be an inefficient means of allocating funding, unresponsive to actual school need, and restrictive in terms of the ability of school districts to offer a range of school programming," the government said in documents filed with the B.C. Court of Appeal last fall. "The issue with the deleted clauses, accordingly, is not simply how much money should be spent on K-12 education but how it is to be spent and who should make such decisions."

The government has acknowledged the possibility of an expensive loss due to a cash settlement. In its 2015/16 – 2017/18 budget and fiscal plan, the province identified the upcoming decision as a "major risk" to its three-year balanced budget. A main risk is "the outcome of litigation, arbitrations and negotiations with third parties, including the appeal of the B.C. Supreme Court decision on the teachers' contract issue," read a line in the plan.

A BCTF win would mean a third – and significant – blow to the government. But parents and teachers are skeptical that even a union win would result in meaningful changes in the classroom.

Jim McMurtry, a public school teacher for more than three decades, says his expectations are low that the court decision will lead to more resources for education. "I am struggling more than I ever have to access the resources I previously had," he said. "I think the future is one where there will be further rationalization," no matter what the courts say.

He noted that the most recent prolonged teachers' strike ended with more money promised to hire additional teachers. He said he has yet to see a new teacher at Panorama Ridge Secondary School in Surrey as a result, fuelling pessimism among teachers about the price they paid for the strike.

"The government will continue to pursue its mandate to balance the budget, so it isn't going to change in a positive direction for teachers or students," he said. Even if the courts side with the BCTF again, he said he cannot see the provincial government finding significant new resources. "Money will be moved from one area or put into another," he predicted.

Keith Hampe, a father of two grade-school students, says he has seen the effects of the legislation at his son's school, where class sizes are "huge" and teachers are stretched thin doing marking, administrative work and helping students with special needs. But he is also doubtful that a BCTF victory on Thursday will bring about positive change.

"The B.C. government will appeal the ruling and carry on as if nothing happened," he said.

Jason Stewart noted that, throughout his seven-year-old son's lifetime, there has been nothing but labour strife, legal battles and strikes. In many ways, he says, he and his wife have stopped caring.

"It's perplexing that in a society with the resources that we have, with the principled leaders we have inside the unions, schools and governments, that a long-lasting solution and deeper investment cannot be reached by a group of adults over this period of time," he said. "We are not apathetic, cynical people, but I feel that this has all become a game of 'winning' versus doing what is in the best interests of students." 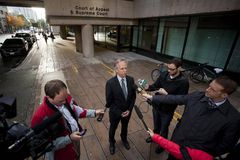 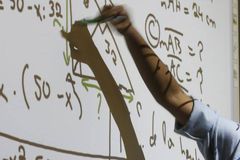 Ruling on RCMP’s right to unionize could influence B.C. teacher dispute
May 12, 2018 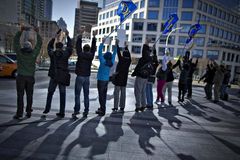