The B.C. government has recruited a senior federal civil servant from Ontario as the province's first auditor-general for local government, empowered to scrutinize spending at the municipal level.

Basia Ruta, an assistant deputy minister at Environment Canada now on a two-year professional leave, will begin her work in January, enacting a concept that Premier Christy Clark promoted when she was seeking the leadership of the B.C. Liberals. Ms. Ruta is a chartered accountant.

The B.C. Chamber of Commerce is being credited with advancing the idea of the spending watchdog, who will make non-binding recommendations based on performance audits and underline best practices she finds in her reviews. The office has been set up in Surrey.

While the Union of B.C. Municipalities was supportive of the plan on Wednesday, the president of the organization conceded some communities remain opposed to the idea, which has caused debate among members.

"There are some that still do not approve," said Mary Sjostrom, president of the union and mayor of the City of Quesnel.

"Some of our members are not happy. Some welcome it."

Ms. Sjostrom, quoted in a government press release as offering some support to the plan, said that the UBCM's overall approach is just to move forward.

"In the beginning, the process was questioned. That was then. This is now."

The work of the local-government auditor could help find best practices for municipalities, she said, but the overall impact is to be determined.

But the mayor of one of B.C.'s largest cities said the attempt to save money by appointing an auditor-general – which will cost about $2.6-million per year – is a waste of money.

Derek Corrigan said there is no evidence of spending malfeasance by municipalities. He said he would welcome Ms. Ruta if she showed up at city hall in Burnaby to conduct a review. "Full co-operation. You don't blame the messenger. We'll help them fulfill the responsibility."

He said some municipalities may be reluctant to oppose the province on the issue because they fear they would be accused of having something to hide.

"[That] tends to work with some politicians," he said.

Mr. Corrigan said he expects the opposition New Democrats, looking to save money, could do away with the position and office if they win the provincial election next May.

Vancouver Mayor Gregor Robertson, in a statement to The Globe in response to the appointment, said the city looks forward to a "constructive working relationship" with Ms. Ruta.

But Mr. Robertson also pointedly noted that the city's $1.3-billion annual budget is externally audited by KPMG and the city is likely to see its second upward revision in its credit rating since 2009.

The NDP's critic on the file did not respond to a call seeking comment.

Among other things, critics have said municipalities did not have enough advance consultation on the setup of the position.

Mr. Bennett noted that he recently met with leaders of the UBCM to discuss the plan.

The minister said municipalities have nothing to fear from the local-government auditor.

"It's not a gotcha kind of approach," he said. "There is no desire on the part of the province to embarrass our partners in local government. There will still be local governments that see this is an intrusion and unnecessary. However, we all work for the same taxpayer and they will see this as a positive opportunity for improvement."

Ms. Ruta was not available on Wednesday for comment. She is a chartered accountant, who has worked for the federal Office of the Auditor-General and Canada Customs and Revenue Agency, among other positions.

She is currently on an executive interchange with the Canadian Institute of Chartered Accountants, working on files that include guidance material for governance in the public sector.

Saanich mayor goes incognito to help get out the vote for Barack Obama
November 5, 2012 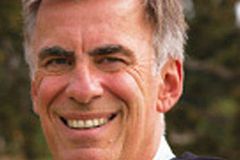 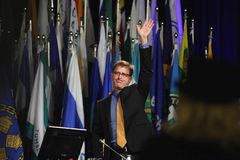 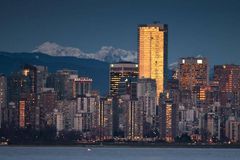