British Columbia's NDP government is considering caps on some accident payouts by the province's auto-insurance agency and expedited court proceedings on claims as possible measures to improve the dire financial situation at the Insurance Corporation of British Columbia, the Attorney-General says.

David Eby, who is in charge of ICBC, says the government has to go further than policies it enacted since coming into office this past summer to deal with the agency's economic woes and that a package of new measures will be announced in early 2018.

"What we have announced to date is not sufficient to address a corporation that is losing hundreds of millions of dollars every year, and is on track to continue to do that" Mr. Eby said in an interview.

Mr. Eby said the government is looking "very seriously" at caps on minor injuries, as well as court changes that would lead to quicker resolution and require fewer experts to be hired.

On the legal front, the Attorney-General said that about 25 cents of every claim dollar goes to legal costs and so there's an opportunity there to bring costs down.

He also said the government is looking at the oversight of how auto-body costs are paid, and a more nuanced recognition of driving records so good drivers pay less and bad drivers pay more.

Mr. Eby said it is too soon to get into the economic impacts of the specific measures, saying they are now being reviewed.

"We want to turn ICBC from a money loser into a break-even organization at a minimum, and we think that the reforms that we're looking at have the possibility of doing that, and they're obviously critically important if we want the insurer to survive."

Vehicle owners in B.C. are required to buy basic coverage through ICBC though they can seek optional extra coverage from private insurers.

In essence, payouts of ICBC legal costs and auto repairs are exceeding funds collected in premiums. ICBC had losses totalling more than $500-million last year. Mr. Eby has previously said the average driver can expect an annual rate increase of 8 per cent, or $130, given the difficulties.

A recent report from Ernst & Young commissioned by B.C.'s former Liberal government said rates would need to increase 30 per cent by 2019 to cover costs, and recommended various measures for dealing with ICBC's challenges.

Mr. Eby said the report has provided some good ideas, but that the government has moved far beyond the document in seeking ideas, consulting trial lawyers and ICBC employees, among others.

ICBC chair Joy MacPhail said on Wednesday she is aware of Mr. Eby's proposed solutions, and that changes at ICBC since the NDP have come to power are doing nothing to stem the increasing number of claims and costs of the claims.

Ms. MacPhail, a former finance minister in a previous NDP government, said caps on accident payouts will have to be "calculated, studied, modelled" and the result of extensive consultation.

But she said B.C. is behind other jurisdictions, that have made the changes the NDP is considering. "We're the only jurisdiction in North America that has a full tort system where one can sue unreservedly for every claim, whether it be a catastrophic claim or a bodily injury claim," she said.

Ms. MacPhail said she expected it could take until 2019 to see positive change at ICBC. She said the Ernst & Young report was the fifth independent review done by the BC Liberals while in office.

The comments from Mr. Eby and Ms. MacPhail came as some BC Liberals reflected, at a leadership debate last weekend, on the party's track record in managing ICBC.

Without providing details, Andrew Wilkinson said it would take a "big overhaul" of insurance regulation in B.C. to make lower ICBC rates possible.

Todd Stone, a former transportation minister, said "all creative solutions" should be considered. "We've got to do better for the drivers of British Columbia and that means to continue to throw everything we can to keep rates down and as affordable as possible." 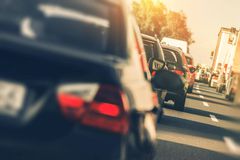 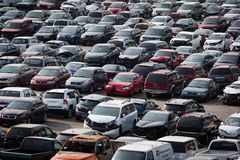 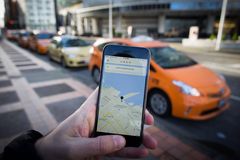