Twice a week, Jeff Kaplan and his wife Peri Good wake up early to drive from their home in Bellingham, Wash., to a small garage gym in New Westminster, B.C., to take a boxing class together.

It’s a long commute for just a workout, but they make this trek for a specific type of class – one tailored to a diagnosis Mr. Kaplin, 72, received two years ago.

Rock Steady Boxing is a fitness program for men and women of any age with Parkinson’s disease. The organization, which began a decade ago in Indiana, says the goal is to give people with Parkinson’s a chance to, quite literally, “fight back.”

Mr. Kaplan’s wife of 32 years doesn’t have Parkinson’s, but joins him in class, sometimes stepping in as a cornerman. The couple trains with Robyn Murrell at the ZHOOSH Fitness Garage in New Westminster. 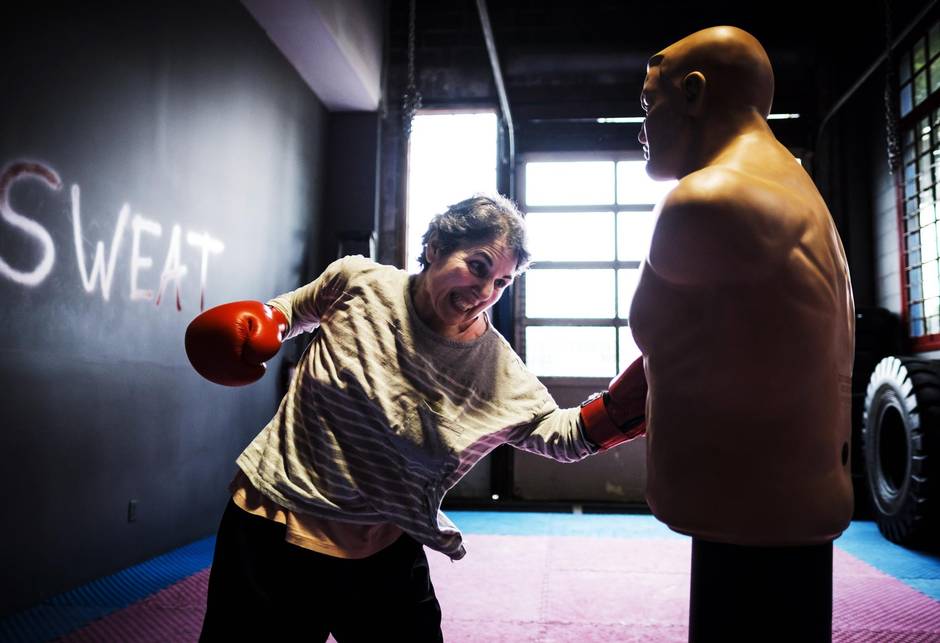 Nancy Sansone gives “Bob” the old one-two after in a “Rock Steady” boxing class for people with Parkinson’s. (John Lehmann/The Globe and Mail)

After a warm-up, some stretching and a few walking exercises, Ms. Murrell’s class launches into a circuit of several stations. The exercises range from whacking a massive tire with an aluminum baseball bat to punching a heavy bag and throwing a slam-ball hard into the ground. The workouts vary from class to class.

While he’s in it, Mr. Kaplan doesn’t think much about his workout or if it will make a difference. He says it just feels good in the moment. “For people with Parkinson’s, I think it’s the best thing in the world,” he said. “We really get a lot of feelings out during this process.”

But the fact that these classes feel good is something scientists are interested in.

By understanding how the brain changes when people work out, neuroscientist and PhD student at the University of British Columbia Matthew Sacheli is looking into how exercise can be therapeutic for people with Parkinson’s.

“We see it quite commonly in our clinic, so a lot of the patients who exercise do best clinically – they are on less medication, or have better outcomes in the long run,” he said. 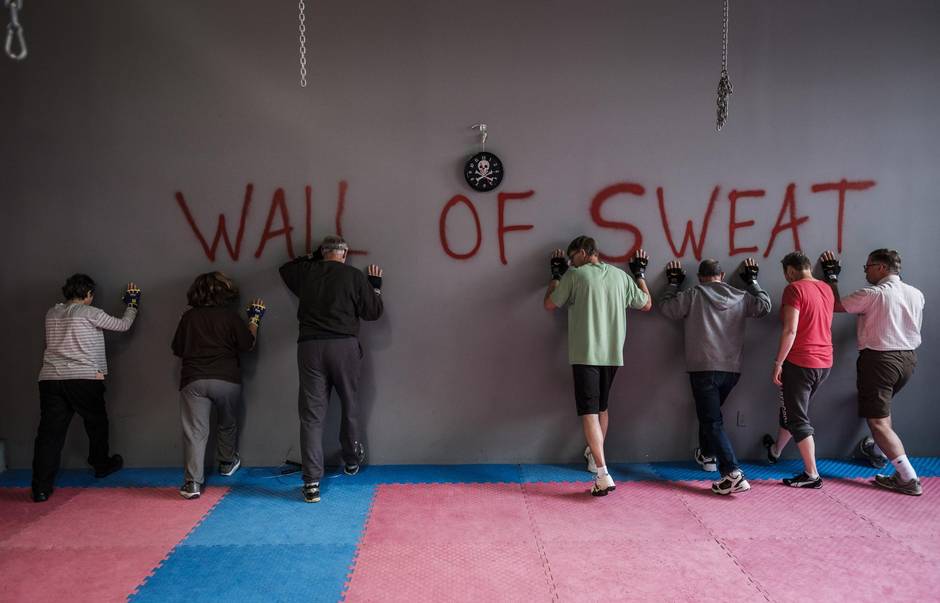 A group suffering for the effects of Parkinson during their first day of new program called"Rock Steady Boxing" in New Westminster at ZHOOSH Fitness Garage. (John Lehmann/The Globe and Mail)

Mr. Sacheli noted that beyond symptoms that affect the motor skills of people who have the disease, Parkinson’s can also cause depression and cognitive issues. These types of symptoms, he says, are less likely to respond to medication.

“So there’s been this kind of push in the research to find different ways to treat those symptoms,” he said. “And one of those ways is exercise.”

Allie Saks, an occupational therapist who teaches Rock Steady classes in Vancouver, says that boxing is especially beneficial because it directly targets many of the symptoms that are a result of the disease.

“Boxers try to improve their footwork, their speed, their balance, their agility, their hand-eye co-ordination, their range of motion, and there is a big cognitive component to boxing – so all of those things are affected in people who have Parkinson’s.”

Before participants can sign up to take the class, they must go for a one-on-one assessment with the instructor. 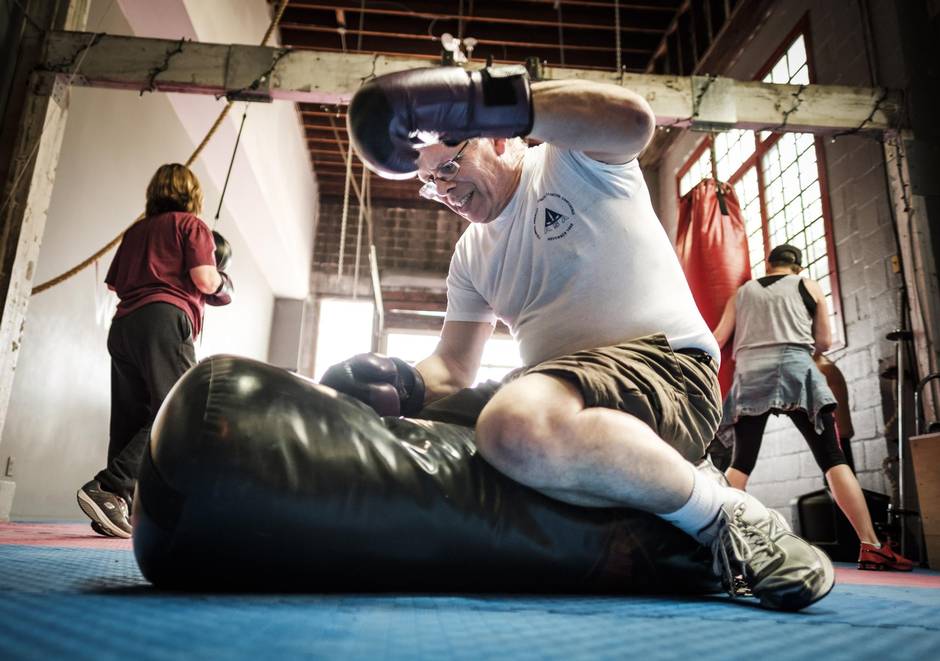 Bill Payne who is fighting the effects of Parkinson has taken up boxing to try and knock-out the effects of his disease. (John Lehmann/The Globe and Mail)

Both Ms. Saks and Ms. Murrell say the program takes a bit of a tough-love approach.

Ms. Murrell says her years of experience as a personal trainer help her understand what her boxers’ abilities are: “They’ll look at me and say ‘I can’t do this,’ and I’m like, ‘Yeah, you can,’ and they do it and they are so empowered.”

For Nancy Sansone – a former dancer and dance teacher – boxing isn’t a thing she thought she would ever do. After she was diagnosed with Parkinson’s six years ago, the 65-year-old says she pretty much stopped exercising. So when she met with Ms. Murrell about Rock Steady, she was nervous to try.

That has since changed. Now, between fierce jabs and hooks in the Zhoosh garage, she lets her hips go a little. Her posture is perfect and her hands still slip into ballet form every time she takes them out of her gloves.