Its ranks thinned by early retirements and messy defections, the BC Liberal government is just a few votes away from losing control of the legislature – a position the opposition is eager to exploit.

"Nothing is more important to the functioning of the province of British Columbia than a budget," John Horgan, the New Democratic Party house leader, said Thursday, "and if the government doesn't have the support of a majority of the members of the legislature, then it should fall."

In the final legislature session before the provincial election, the Liberal government holds a majority of five seats in the 85-seat legislature. That is down from the 13-seat majority it won in 2009.

The Speaker of the House, Liberal Bill Barisoff, can only vote in the event of a tie. But at least two Liberal MLAs have been granted leave next week when Finance Minister Mike de Jong tables his budget. With signs of dissent on the backbench, just three Liberals going AWOL could, in theory, bring down the government.

Liberal caucus whip Eric Foster will be under intense pressure to ensure the government benches are full at voting time.

Premier Christy Clark said Thursday she is confident her government will survive the session, although she reached out to expatriate MLA John Slater earlier this week to ask him to return to the Liberal fold and support the budget.

"I think that support is there. We'll certainly see next week," the Premier told reporters in Victoria. "I mean, I never, ever in my public life have wanted to guess ahead and predict what any legislature might do. I don't think that's ever a good bet in politics. But I'm confident about it."

Mr. Horgan said that confidence is misplaced. The fact that the Premier asked Mr. Slater to come back, after the Liberals refused to grant him a nomination, was a clear signal that the governing party is nervous. "That tells me there is trouble in Mudville and they may not have the votes to pass their budget."

Mr. Foster, the government caucus whip, said he has granted Kevin Falcon and Blair Lekstrom leave to be absent next week. But he can't afford to accept many excuses: "The math is real simple. The numbers are close and it's important we are all here for the vote."

The government has to demonstrate it has the confidence of the legislature on budget-related bills and on the Throne Speech.

As well, even with the thin numbers, the government has ample flexibility in this mini-session to avoid embarrassment. The session is only expected to run until mid-March before breaking for the election. Mr. de Jong, the House Leader, can defer votes on the budget and even skip a vote on the Throne Speech.

At a minimum, the legislature must pass a law that would allow government to continue spending money once its financial authority runs out on March 31. It is unlikely any MLA would dare vote against an interim supply bill, which would keep government payroll and social services afloat until the next legislature is convened some time after the election.

"The government must, will, and does enjoy the confidence of the House," Mr. de Jong said. But he also indicated he won`t take any chances. He said there may not be a vote on Tuesday, the day he introduces his budget, although there are typically bills associated with the budget that are introduced for a first reading.

Mr. Slater, who is now sitting as one of the legislature's four independent MLAs, said he would not vote against an interim supply bill, and he'll make up his mind about the budget once it has been debated on a clause-by-clause basis.

"I'm going to do my job for my constituents and make sure that whatever decision I make it, pro or con, for the budget is going to be based on the facts as I see them," he said.

In his four years in the Liberal caucus, Mr. Slater never voted against the government even when he disagreed with a policy. He is now relishing the opportunity to vote as he pleases. "Now I want to make sure when there is a vote, I want my vote counted." 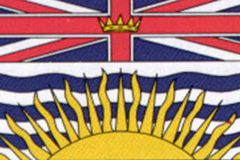 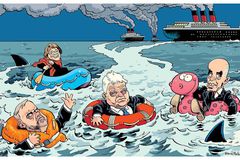 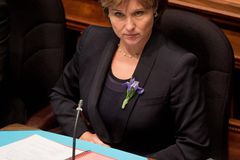 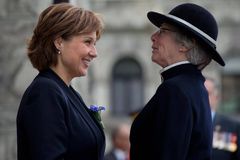