When a doctor suspects a patient might have cancer, the goal is to get the person to a specialist in the field as quickly as possible. When it comes to treating a disease that can spread quickly, time is of the essence.

At the B.C. Cancer Agency, there are two primary methods of treating the disease: one is through radiation; and the other chemotherapy, known in the field as systemic therapy. The Canadian target to see a cancer specialist after a referral is two weeks. The quality of cancer care in a province is often reflected in the percentage of patients who get to see an oncologist within that 14-day time period.

The proportion of people getting to see a radiation or systemic-therapy oncologist within two weeks at the agency has been falling, which is yet another sign of an institution in trouble. Recently, the head of the agency announced he was leaving after being on the job less than two years. This has necessitated a search for the third head of the organization in four years. As well, a former BCCA president last month wrote a public letter outlining a series of problems inside the agency, many of which, he suggested, stem from a government decision to put it under the control of the Provincial Health Services Authority.

Dr. Don Carlow also said morale inside the BCCA was at a historic low and that the quality of cancer care in the province was suffering as a result.

A decline in the percentage of people getting to see a cancer specialist within two weeks would certainly be an indication of that.

In 2004-05, for instance, the percentage of British Columbians who saw a radiation oncologist within two weeks of being referred by a surgeon or family physician was nearly 58 per cent, according to B.C. Cancer Agency statistics. It has generally fallen since that time. In 2014, the percentage was just over 38 per cent. The agency's target is 60 per cent. As a point of comparison, in Ontario, 80 per cent of patients see a radiation oncologist within two weeks of referral.

This year, that number has dropped to 44.5 per cent. Again, in Ontario the percentage is just under 70 per cent. B.C.'s target is 60 per cent.

And here is another statistic that isn't pretty.

The waiting time for a patient to begin receiving cancer treatment in B.C. after a program has been set up by an oncologist is better. For radiation therapy, the percentage of people starting treatment within two weeks is 65.90 per cent; for chemotherapy it's 92.5 per cent. But people I've talked to inside the cancer agency suggest those numbers are misleading.

Because there are not enough cancer doctors in the province, a bottleneck has been created at the front end of the system. This is why it's taking longer than it should to consult with an oncologist. But that bottleneck is allowing doctors to meet targets for the start of therapy, something they wouldn't likely be able to do if the cancer agency was moving people through the system at rates it should.

The treatment numbers are the ones that the Provincial Health Services Authority would prefer to focus on. In a rebuttal to Dr. Carlow, Carl Roy, president and CEO of the authority, didn't mention the deteriorating referral-to-consult rates that are hurting the agency's once-stellar reputation as a leading cancer authority. Instead, he tried to shift the public's focus to the province's low cancer-mortality rates, which even cancer doctors will tell you has more to do with lifestyle and genetics than it does treatment.

There is no question that there are many fine people working for the cancer agency, all of whom are deeply committed to its future success. However, many of them are worried about recent trends, including some of those outlined here today.

As the baby boomers in B.C. continue to age, the incidence of cancer is rising too, at a rate of about 3 per cent a year. Unless the province hires more oncologists, the waiting-time problem will only be exacerbated. This should not be considered acceptable; the longer a cancer is allowed to live within a person, the more opportunity it has to spread. 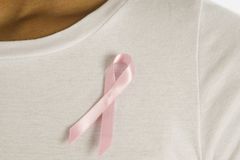 Opinion
I understand donor fatigue. I also understand cancer
May 16, 2014 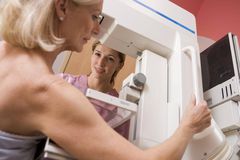