A legal battle by the Auditor-General to get billing records in a political-corruption case has taken a surprise turn with an admission by the British Columbia government that it has documents it long denied having.

In an affidavit, Richard Butler, a legal services branch lawyer, admits that on several occasions – including in an earlier affidavit filed with the Supreme Court of B.C. – he incorrectly said he never had detailed bills related to the $6-million defence of Dave Basi and Bob Virk.

Mr. Butler now admits, however, that the government does have such documents. The two former ministerial aides pleaded guilty to breach of trust charges in 2010, shortly after the trial began. Since then questions have swirled about why the government agreed to pay for their defence.

Mr. Butler blamed his mistaken statements on "failure of memory and failure to go back and review the files."

Independent MLA and former Liberal cabinet minister John van Dongen, who has intervened in the Auditor-General's case, said outside court he was surprised by the revelations.

"He went by memory. That was sloppy at best," he said of Mr. Butler's errors.

"I mean they don't check stuff? Come on. This is a serious case."

Auditor-General John Doyle is seeking the billing records for Mr. Basi and Mr. Virk as part of a larger probe of about 100 indemnity agreements the government has made over the years.

It is standard practice for the government to cover the legal costs of civil servants who have been taken to court while performing their duties. But in the case of Mr. Basi and Mr. Virk, the government paid the full defence costs, despite admissions by the accused that they had violated their oaths of office by trading confidential government information about the sale of BC Rail.

The Auditor-General's office is in court arguing that it needs access to the detailed billing records, including material covered by solicitor-client privilege, to do a credible audit.

In an attempt to keep the case of Mr. Basi and Mr. Virk at arm's length, the Liberal government, then under the leadership of Gordon Campbell, appointed a special prosecutor and hired lawyers from outside government to review the bills submitted by the defence teams. The government has long maintained it only got bare-bones billing certificates from those third-party reviewers, without any additional information attached that might have revealed defence strategies.

Last year Mr. Butler filed an affidavit with court in which he stated "the Government never received copies of any statement of account or supporting information," from the lawyers reviewing the bills from Mr. Basi and Mr. Virk.

Mr. Butler acknowledged that he also told Mr. Virk and Mr. Virk's lawyer that he never saw any of their detailed billing records.

But in a new affidavit filed Monday he said that information was simply wrong.

"In fact, the certificates received by the government under the indemnity arrangements with Mr. Basi and Mr. Virk did have statements of account and supporting documentation attached," he stated.

"I am surprised by those errors … I must have been aware, even if I did not review them in detail, that the certificates had additional material attached … I have no explanation for how or why … I said the certificates did not have statement of account attached … other than failure of memory and failure to go back and review the files at the times I made those misstatements."

The battle over access to documents continues, with a focus on whether or not the Auditor-General has the authority to compel the release of files covered by solicitor-client privilege. 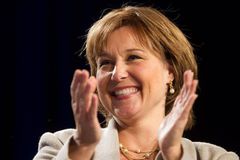 MLA calls for investigation of Clark over sale of BC Rail
November 7, 2012 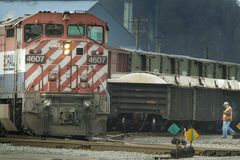 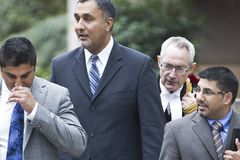