Faced with continued pressure to resign, BC Conservative Leader John Cummins has reiterated his plan to guide the party through the May provincial election, even as dissident members threaten to turn off the taps on fundraising.

Mr. Cummins had declared Wednesday the "drop dead day" for party members who don't support his leadership. But without any action to back up his ultimatum – he can't simply fire the dissidents – his opponents grew emboldened, issuing a deadline of their own.

The dissidents – calling themselves "Friends of the BC Conservative Party" – held a news conference at a swank downtown Vancouver hotel Wednesday. Ariane Eckardt, constituency association president for Burnaby North, said Mr. Cummins has until Friday to resign.

"If he doesn't, maybe he will stay until the money runs out from the party. We have been told that several donors have chosen not to donate anymore to the party," she said.

When asked what would happen if Mr. Cummins ignored the ultimatum, she said, "Then the battle continues."

Over the weekend, Mr. Cummins issued a declaration that his critics within the party must support him or resign. "Those few but vocal party members who are critical of my leadership and do not support me have until … noon, Wednesday, to either get onside or quit our party and join another."

When that deadline came and went, Mr. Cummins changed his tone, issuing news releases touting the growth in party memberships and fundraising under his leadership without directly addressing his detractors.

However, in an interview, he said he will not back down. "I'm the leader. I'll be leading the party through the next election," he said. "These folks need to either get on board or go join the BC Liberal Party – but don't get in the way."

Ms. Eckardt was joined at the news conference by the constituency president for Surrey-White Rock, Allison Patton, lawyer Ian Pyper, and Rick Peterson, a former party candidate. All four said they plan to remain on as party members. The group said it has the support of more than 20 constituency presidents out of 54.

Ms. Patton said she thought the party was about economic policy, but all it discusses are petty individual agendas.

"What I am looking for in a leader to take this party forward to the next election is someone who … is effective with other people. The second thing I'm looking for is someone who demonstrates integrity by taking responsibility and accountability … [for] communicating with the people that they are leading in a way that shows the person cares, and then asks themselves, 'What is right for the organization today?'"

Mr. Peterson's address had all the makings of a stump speech – at one point he warned about the New Democratic Party's "orange wave" – but when asked if he wanted to replace Mr. Cummins, he said he hadn't even thought about it and called the question "irrelevant."

Mr. Cummins said in the interview he has no power to suspend party members, but that will be handled by the party's board members who will meet Thursday night to decide what to do about the dissidents. Mr. Cummins made it plain he still wants those who don't support him ousted from the party: "There comes a point when you either swing on my gate or you get off."

The showdown comes just weeks after Mr. Cummins claimed to have put the leadership question to rest. At an annual party meeting on Sept. 22, he survived a leadership vote with 71-per-cent support. But that result did not end the debate. Instead, it prompted the BC Conservatives' only sitting MLA, John van Dongen, to quit the party.

Mr. Cummins won the party leadership in May, 2011, in an uncontested race. But the party's disappointing third-place finish in the Chilliwack-Hope by-election in April led to rumblings of discontent. Mr. Cummins maintained on Wednesday that the "vast majority" of his party's members are still united behind him, and that fundraising has not slowed. 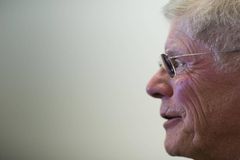 B.C. Tory leader Cummins tells party dissidents to quit or get on side
October 7, 2012 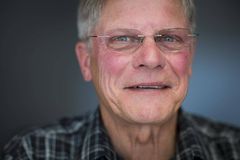 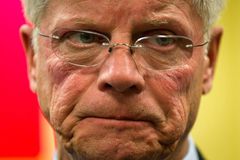 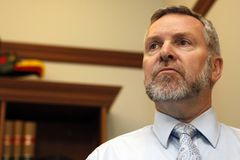 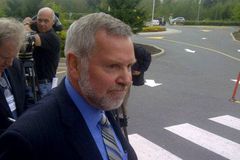 Follow Justine Hunter and Sunny Dhillon on Twitter @justine_hunter @TheSunnyDhillon
Report an error Editorial code of conduct
Due to technical reasons, we have temporarily removed commenting from our articles. We hope to have this fixed soon. Thank you for your patience. If you are looking to give feedback on our new site, please send it along to feedback@globeandmail.com. If you want to write a letter to the editor, please forward to letters@globeandmail.com.
Comments