British Columbia's Conservative party, which once had a high profile as a potential spoiler for the governing provincial Liberals, is heading into the coming campaign without a leader or a place in the planned televised debates.

The Liberals are still keeping a wary eye on the Conservatives, who have no formal ties with the federal Tories.

But on Wednesday, the party was informed it will not qualify to participate in the 90-minute debate to be held at some point during the campaign, which ends at the polls on May 9.

Even if they did, the Conservatives have no leader to place at the lectern.

Last fall, the party, which has no seats in the B.C. legislature, removed Vanderhoof businessman Dan Brooks as leader because his candidacy for the leadership was approved at a party meeting that lacked quorum. Still, the Conservatives are forging on into electoral battle, hoping to have 40 candidates – there are 87 seats – and to reach voters through social media, touting what party communications and policy director John Twigg calls "captivating" policy ideas to be unveiled during the campaign.

At this point, there are candidates in Courtenay-Comox and Cariboo North.

Asked about the debate, Mr. Twigg said, "We're not going to whine about being excluded, but we're disappointed they can't leave the door open a crack."

Les Staff, a spokesman for the B.C. 2017 leaders debate consortium, said in an interview that the Conservatives fell short of all of the criteria the four TV broadcasters organizing the debate have set for participation in the event.

To get in, Mr. Staff said parties must meet two of the three following criteria: Having candidates in at least 90 per cent of ridings – or 73 ridings; receiving at least 10 per cent of the popular vote in 2013; or currently having at least one seat in the legislature.

The Conservatives, who have not won a seat in the legislature since 1986, ended up with 4.8 per cent of the popular vote in 2013, when they had a familiar name as leader, then-former Tory MP John Cummins. In the run-up to the campaign, they had one seat held by former B.C. Liberal cabinet minister John van Dongen, who left his party. Mr. Cummins was at the podium during the debate, making the case for the Conservatives against the leaders of the Liberals, NDP and B.C. Greens. Premier Christy Clark is the only participant from that 2013 debate returning for the 2017 debate. Mr. Twigg said the party is resigned to its challenge this year. "We knew from the outset that this was going to be uphill, but that doesn't deter us because we believe in our platform and the merits of proposing it." Details of the platform will be released, one a day, over the writ period, he said.

There are videos about climate change on the party's website, but Mr. Twigg said he's not familiar with them, and added, "They may be boilerplate that has been up there for awhile."

And the party is resigned to trying to appeal to voters without a leader to help seal the deal. "It would be nice to have a leader, but without one we're still a movement." That movement, he said, includes more honest government, and a second look at the carbon tax.

He said questions over political fundraising in the province, which led Elections BC to refer the issue to the RCMP for an investigation, may create an opening for the Conservatives as voters look away from the Liberals, who have borne the brunt of criticism over the issue. "Eight weeks from now, who knows what that will look like. It's not inconceivable that the Liberals break down, [which] could create new opportunities for the B.C. Conservative party."

Asked about party finances for fighting a campaign, he said, "I'd have to phone the treasurer and he probably wouldn't tell me." Still, he conceded the party doesn't have a lot of money.

As for whether the conservatives would ban union or corporate donations, he said he wasn't sure. "We haven't run that by our policy committee." Mr. Twigg is hoping the party will win four seats, attaining official party status. In 2013, former federal Tory cabinet minister Stockwell Day was on the campaign trail for the B.C. Liberals making the case against voting for the B.C. Conservatives. The provincial Liberals are a coalition of federal Tories and federal Liberals, who represent the so-called free-enterprise wing of B.C. politics. The concern then was that a vote for the Conservatives could help split the free-enterprise coalition, allowing the NDP into power.

In an interview on Wednesday, Mr. Day said he continues to have that concern even though the Conservatives do not have a leader. He said he will be on the campaign trail repeating his 2013 arguments against voting for the party. "You can never get complacent," Mr. Day said. "Any party with an establishment name can always get a certain percentage of the vote even without a leader." 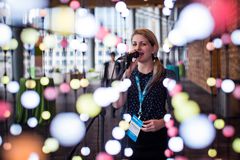 Clark promises B.C. campaign finance reform – after the election
March 13, 2017
Follow Ian Bailey on Twitter @ianabailey
Report an error Editorial code of conduct
Due to technical reasons, we have temporarily removed commenting from our articles. We hope to have this fixed soon. Thank you for your patience. If you are looking to give feedback on our new site, please send it along to feedback@globeandmail.com. If you want to write a letter to the editor, please forward to letters@globeandmail.com.
Comments