The mayor of Oak Bay, B.C., gets dead deer alerts.

Nils Jensen barely has time to sit for a coffee when his phone pings and signals another tragic deer fatality in the suburban Victoria community known as the Tweed Curtain for its primarily elderly and refined population.

"I get regular updates," Mr. Jensen said, as he gestured to his cellphone. "There it is, the deer count, 38 so far."

That number of dead deer in Oak Bay in 2013 is a huge increase, Mr. Jensen said, considering there were zero reported deer deaths in 2008. But the number has been rising steadily over the years.

"Doing nothing is not an option because we can see the rising number of deer-human conflicts," Mr. Jensen said.

He said Oak Bay's deer-management strategy includes public education, bylaw enforcement, including prohibitions on feeding deer, and more signs warning drivers to beware of deer on the streets but that residents can expect the launch of a deer cull some time next year.

Gerry Taft, the mayor of Invermere, said his community is aiming to apply for a provincial government permit next year to launch its second deer cull.

"The sheer number of deer is a concern for people," Mr. Taft said. "On garbage day, when we have curbside pickup, we have groups of deer walking down the street knocking over garbage cans and eating the garbage."

Police are regularly dispatched to shoot wounded deer after they've been hit by cars, and in one instance, officers were forced to put a deer out of its misery when the animal impaled itself trying to leap a fence.

Mr. Jensen said a grandfather reported a deer leaping over his grandson's head as the two sat in their backyard. The female deer was apparently fleeing the unwanted advances of a young buck.

There are videos of bucks locking horns downtown during mating season and reports of frolicking, love-struck deer running head-on into cars.

"They don't know about traffic safety," Mr. Jensen said. "They run into the street and strike the car or cyclist."

Mr. Jensen said his recently scheduled deer-cull meeting with representatives of the Association for the Protection of Fur-Bearing Animals was delayed for several hours because a driver hit a deer in Oak Bay.

"That sucked. It was awful," said Lesley Fox, of the animal rights organization. "She was probably about eight months, not quite a year old."

Ms. Fox, who stopped to tend to the fatally wounded animal, said the fawn suffered at the side of the road for 90 minutes until Oak Bay police officers arrived to relieve its suffering.

Last spring, British Columbia's Forests, Lands and Natural Resource Operations Ministry published an urban deer management fact sheet that said urban deer have become a safety concern due to growing conflicts between people and pets, increases in deer-automobile collisions and the tendency of deer to attract predators, including cougars.

The ministry said it will issue permits to communities opting for culls to reduce deer populations.

"Wildlife experts advise that capturing deer in collapsible clover traps and euthanizing them with a bolt gun is the safest, most efficient and most humane method of deer control in urban areas," the government fact sheet said. "Clover traps, which resemble oversized hockey nets, are placed in quiet locations to reduce stress on deer."

Trained contractors must conduct the culls and the deer meat must be processed by a qualified butcher, and "communities must make full use of healthy deer carcasses resulting from these culls, for example by donating the meat to First Nations, local food banks or other charitable groups." 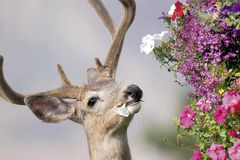 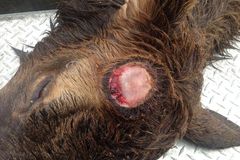 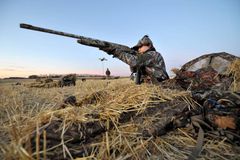 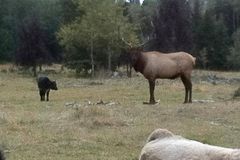 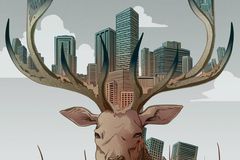 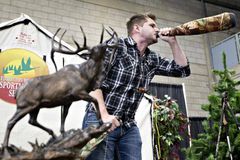 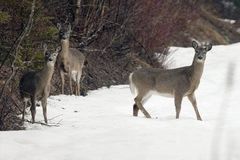