After years of petitioning by health officials in British Columbia, Health Canada has authorized some B.C. doctors to prescribe heroin for select patients who have failed to respond to conventional opioid addiction treatments. But within moments of the authorization, Federal Health Minister Rona Ambrose blasted the department's decision, saying it flies in the face of the Conservative government's anti-drug policy, and vowed to ensure it never happens again.

Health Canada on Friday authorized doctors to prescribe heroin to around 15 patients, The Globe and Mail has learned. The doctors had applied to Health Canada under its Special Access Programme (SAP), which grants doctors access to non-marketed or otherwise unapproved drugs for patients with "serious or life-threatening conditions when conventional therapies have failed, are unsuitable or unavailable," according to a description on Health Canada's website.

Ms. Ambrose said in a statement the decision simply "allows [the addicts] to continue to have access to heroin for their addiction even though other safe treatments for heroin addiction, such as methadone, are available."

The doctors had recently renewed their calls for allowing prescription heroin in light of the ongoing SALOME trial, a three-year project launched by researchers from Providence Health Care and the University of British Columbia to determine whether hydromorphone – a powerful but legal opiate – is as effective as diacetylmorphine (prescription heroin) in helping severely addicted heroin users.

A previous study (NAOMI) by the same researchers, published in the New England Journal of Medicine, had concluded prescription heroin is a safe and effective treatment for the small subsection of addicts who did not benefit from conventional treatments such as methadone. Participants who took prescription heroin were more likely to stay in treatment, reduce illegal drug use and avoid illegal activities, researchers found.

In both studies, doctors were concerned by the lack of an exit strategy once participants had completed their 13-month trials. While some patients could not differentiate between hydromorphone and prescription heroin – suggesting hydromorphone could be an effective, legal substitute for heroin – doctors are reluctant to prescribe the former as NAOMI is not yet complete. That means there is no conclusive evidence to show hydromorphone – a pain medication – is an effective treatment for heroin addiction.

Patricia Daly, chief medical health officer and vice-president of public health at Vancouver Coastal Health, was one of several doctors who wrote to Health Canada.

"I've written to Health Canada and asked that [the patients] be allowed to get injectable diacetylmorphine – that's injectable heroin – because we've demonstrated in a research study, published in the New England Journal, that's an effective treatment," she told The Globe earlier this month.

Ms. Ambrose said Health Canada's authorization "is in direct opposition to the government's anti-drug policy and violates the spirit and intent of the SAP.

"I am taking immediate action to protect the integrity of the SAP and ensure this does not happen again," she said in the statement. "The SAP was designed to treat unusual cases and medical emergencies; it was not intended as a way to give illicit drugs to drug addicts."

Ms. Ambrose's office said she would not be doing interviews on Friday, choosing instead to "let the statement stand."

It is unclear whether the minister could reverse Health Canada's decision. Her office said she will be looking at all options.

Scott Bernstein, a lawyer for the Pivot Legal Society, which is representing 22 SALOME patients – four of whom were approved for prescription heroin on Friday – as well as the B.C. Association of People on Methadone, said Health Canada's decision will increase stability in those patients' lives by moving the drug into a medical environment.

"Minister Ambrose's statement reflects that the federal government is more than willing to wade into medical decisions when it suits their political needs, regardless of the cost to marginalized individuals and public health," he said. "Evidence should drive policy decisions, not ideology and stigma against drug users." 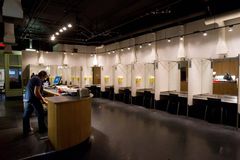 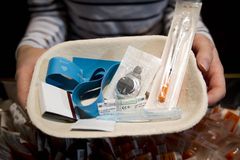 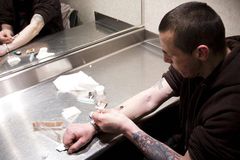