Yuriy Makogonsky had never tasted fish and chips when he was offered an opportunity to invest in White Rock's version of the iconic seaside diner, the Moby Dick restaurant.

"I didn't know what 'fish and chips' was; I had to Google it," he said in an interview.

Under a Canadian economic immigration program, Mr. Makogonsky, his wife and their two young boys arrived in Canada just over two years ago from Ukraine, having left behind a prosperous dairy business in Crimea amid bloody unrest when Russia moved to annex the territory.

Under the terms of the Provincial Nominee Program (PNP), he needed to invest in a local business and expand it. With the money they were able to bring to Canada, the family had one chance to make a success of it. He bought the 40-year-old beachfront operation that is so popular, people will line up for an hour in the summer to order the signature battered Alaskan cod with hand-cut French fries.

He's rearranged equipment, hired more staff and added new technology to create efficiencies. Now, $470,000 later, he happily reports that last summer's lineups were moving much faster. Sales are up by 8 per cent.

The B.C. government wants more immigrants like the Makogonskys. The economy is growing, but employers are worried about a skills shortage. Last month, Premier Christy Clark led a huge delegation to Ottawa to push for higher immigration numbers, particularly in the PNP class whereby the province gets to decide which job skills are needed.

British Columbia is expected to lead the nation in economic growth this year, and the delegation included more than 80 business leaders representing forestry, tourism, construction, technology, apparel and film. They were there to explain how their sectors need access to more skilled immigrants to sustain economic growth. Ms. Clark asked for 9,000 PNP spots this year, up from last year's 5,500.

Last week, federal Immigration Minister John McCallum announced Canada's 2016 immigration numbers, and it was a disappointment for the B.C. government. While Canada will increase the number of refugees, it will reduce the number of economic immigrants this year.

Mr. Clark said she hasn't given up. "We are still working on it," she told reporters in Victoria.

The province added 14,000 jobs in February, and while there is in-migration from other provinces, a number of sectors will be fighting for a share of the limited skilled immigrant pool.

The Clark government has been careful to avoid criticism of the new Liberal government in Ottawa, but the Premier suggested, delicately, that the national targets for 2016 don't meet her province's needs.

"We'd like to have a lot more flexibility in which immigrants can come into B.C.," Ms. Clark said. "Our economy is doing well. That's not necessarily true for other provinces. So they've got a whole country to manage, but we're working with them."

On Monday, B.C. Jobs Minister Shirley Bond, who holds the immigration file, will meet with her federal and provincial counterparts in Ottawa to see how the national numbers break down. The ministers will also start early discussions on 2017 immigration levels and beyond, and B.C. will try once again to make the case to increase its numbers.

If the business leaders and politicians can't make a convincing case in Ottawa, Mr. Makogonsky's story is a reminder that the program is important not just for the economy, but for families looking for a better life.

"I was a successful person back home. It is extremely hard to leave it behind you and start from scratch. But it was impossible to continue, to deal with all the corruption every single day. I wanted my boys to grow up in a good environment," he said. He no longer fears that a visit from government officials means a shakedown for a bribe, and his boys are happily adapting to their new home. "They are starting to lose their old language. They are Canadians now."

Mr. Makogonsky said his family chose Canada because there was no other country that offered such a clear and transparent immigration program for people who are prepared to invest and work hard. "For people like me, who have money – not big amounts of money but still, money – and the energy to do something, there was nothing else like it." 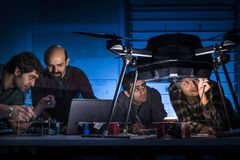 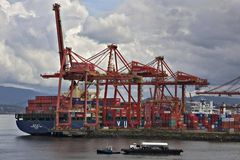 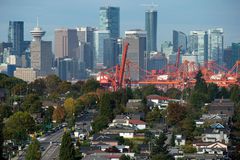