The simulation of a catastrophic B.C. earthquake has researchers suggesting that special workers are needed to help emergency-services leaders manage stress during real crises.

"It results in better decision making," said Laurie Pearce, research chair of the Justice Institute of British Columbia in New Westminster, where the simulation – Exercise Black Fault – was conducted in February. "It avoids some pitfalls of responding to high-stress situations."

The findings are especially germane given the expectation that British Columbia is overdue for a massive earthquake that would cause widespread devastation.

Months after Exercise Black Fault, researchers are now talking about conclusions from the simulation, including using so-called team support workers – volunteers trained in the management of emergency operations centres who encourage staff to take needed breaks, give feedback on how workers make decisions and also manage emerging stress issues.

Research also showed team support workers can influence leaders in the centre to implement decisions that are more sensitive to field staff, encouraging better support for stressed-out first responders as well as the community at large.

In Exercise Black Fault, emergency services leaders from the Vancouver area were sent into fake emergency operations centres at the Justice Institute in New Westminster to manage the response to a massive earthquake. The simulations were conducted in rooms dressed up with food wrappers, empty beverage containers and Post-It notes to resemble centres 18 hours after a major earthquake.

Fire, ambulance, police, engineering and other officials tested in the scenario even had faked TV coverage, prepared by an actual journalist, fed into the simulation rooms to bolster the illusion. Meanwhile, researchers watched on camera and recorded the proceedings for later study.

There were four pods, containing a total of about 40 participants, each going through the same simulation over about three and a half hours.

In three of the four scenarios, there was a designated team support worker. In the fourth, the participants unexpectedly assigned the role to a member of the team.

"Maybe you're the director of the operations centre and overwhelmed by everything happening, so you start focusing on minute detail stuff," Ms. Pearce said. "A team support worker would observe that and say, 'Okay, time for us to go for a break,' and take you out and reflect back where you're at so when you come back you better delegate what needs to be delegated."

The participants were responding to an 8.5 magnitude earthquake after it caused massive damage throughout Metro Vancouver, Southern Vancouver Island and the Fraser Valley. There were also aftershocks of up to 6.0 magnitude.

Participants were discouraged from using their own smartphones and encouraged to use a single phone that dialled into one controlled number through which study managers fed them information to bolster the scenario.

"We saw some confusion in decisions, difficulty making decisions and developing tunnel vision – watching the tree when the forest is burning around you," she recalled. "They had to make difficult decisions."

While there has been discussion in literature on the possible role of team support workers, Ms. Pearce said this research was aimed at fully testing the concept, and involved various agencies and partners including Defence Research and Development Canada, an agency of the Department of National Defence.

Exercise Black Fault was one of five emergency operations scenarios done over the past four years, but the one that most fully tested the role of team support workers.

The B.C. Ministry of Justice, speaking for Emergency Management BC – which co-ordinates provincial emergency responses – said in a statement the agency had recently received the summary findings of Exercise Black Fault and would implement lessons where appropriate.

"We do agree that psycho-social support for emergency managers and first responders is a critical service to ensure the health and well-being of our teams," the statement read.

But Ms. Pearce said team support workers are not really part of the planning for emergency operations in British Columbia at this time.

"I can tell you that in the Lower Mainland, having a team support worker in place in a disaster is not the norm," she said.

A B.C. Ministry of Health official, speaking on background, said current plans call for deploying a mix of trained professionals and volunteers to help first responders in the field, but team support workers are not being marshalled for emergency operations centres.

Interviewed Friday, the official said there was no available information on the number of such workers. 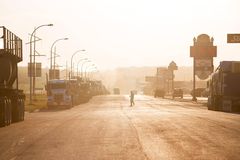 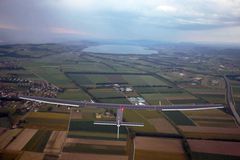 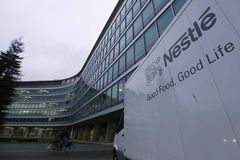