The society contracted by government to help settle Syrian refugees in B.C is looking at "outside-the-box" solutions to secure thousands of units of temporary housing by year's end, including a retrofitted cruise ship and a West End apartment building donated temporarily by a prominent Vancouver developer.

The Immigrant Services Society of British Columbia says some of the temporary housing will take the form of commercial hotels and military barracks. But in Vancouver's tough housing market, more creative solutions are also being eyed.

The Trudeau government has promised to accept 25,000 refugees by year's end, and about 3,000 are expected in B.C. Across Canada, the refugees will spend their first two weeks in a temporary reception facility before transferring to one of 36 refugee service hubs.

In B.C., Vancouver is the first destination, and the immediate need will be temporary accommodation in a city where low-cost housing is in short supply.

Chris Friesen, executive director of settlement services, said the society would be keen to bring in a retrofitted cruise ship like the Delta Spirit Lodge, which was used for hundreds of construction workers in Kitimat last year.

The RCMP contracted three cruise ships to house security forces during the 2010 Winter Olympics, but that deal fell through.

Brian Grange, president of Bridgemans Services Group, which was responsible for the Delta Spirit Lodge, said the vessel has returned to the ferry trade, but providing floating accommodations for refugees is "certainly a possibility."

It would take between one and five months to retrofit a vessel depending on size and requirements, Mr. Grange said.

Another possibility is empty apartments owned by developers who are waiting to tear them down.

Ian Gillespie, the CEO of Westbank Projects Corp., phoned the society nine days ago, asking if one of his buildings might be useful for as a touchdown point for new families.

"It started for me in the same place as for every Canadian, watching the news and watching this catastrophe unfold," said Mr. Gillespie, who has a wide range of projects under way, from the luxury condo project Vancouver House to a combination of subsidized and market housing in Gastown's Blood Alley.

He was also dismayed by some of the negative reaction to accepting refugees.

"Why are we not thinking of these refugees as a wonderful thing? This is how we build our country."

What he had to offer was a 12-unit building downtown, which sits vacant as he awaits city permits to demolish it and build something larger.

Mr. Gillespie said his team would be able to help welcome successive waves of families.

He said his employees have thrown themselves into the project, starting clothing drives, calling some of the hotels that are part of the company's portfolio to get linens and silverware, and buying furniture for the units.

Mr. Gillespie said he had some incredible offers of help in the 12 hours after his story became public.

Another developer with an empty building has asked how to join in. A man with a painting company offered to paint all the units.

"It's so heartwarming," he said.

Once the refugees are temporarily housed, the next task is the labyrinth of Canadian paperwork for the families. The refugees will be transformed into permanent residents in a matter of weeks; they will need Social Insurance Numbers, medical CareCards, applications for child tax benefits and new bank accounts.

Mr. Friesen's next task is to find permanent rental housing for the families on the equivalent of B.C. welfare rates, and then kids can be registered for school. 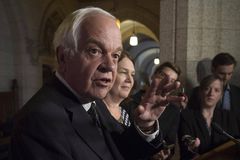 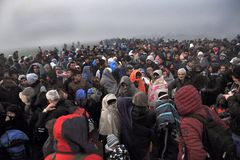 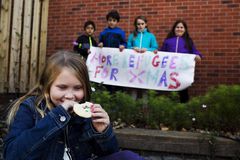 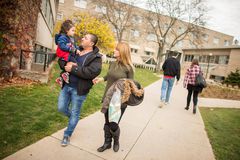 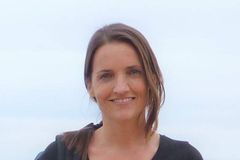 On Syrian refugees, are the Liberals deliberately courting controversy?
November 20, 2015 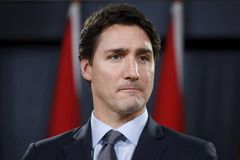 Follow Andrea Woo, Justine Hunter and Frances Bula on Twitter @andreawoo @justine_hunter @fabulavancouver
Report an error Editorial code of conduct
Due to technical reasons, we have temporarily removed commenting from our articles. We hope to have this fixed soon. Thank you for your patience. If you are looking to give feedback on our new site, please send it along to feedback@globeandmail.com. If you want to write a letter to the editor, please forward to letters@globeandmail.com.
Comments