It didn't have quite the bitterness and hostility of the doctors' strike that greeted medicare in Saskatchewan. But there was no denying the anger of B.C. farmers when Dave Barrett's freshly elected NDP government, in another radical first for Canada, ordered all the province's farmland into an Agricultural Land Reserve.

Denied the right to sell off their land for potential millions, growers threatened not to plant crops, while thousands of furious farmers rallied outside the legislature in Victoria. Richard Bullock, then a young Okanagan orchardist, was among them.

Today, nearly 40 years later, in a singular twist, Mr. Bullock presides over the province's Agricultural Land Commission, charged with preserving the integrity of the very ALR he once protested. And no one is more of a fan.

Mr. Bullock's passionate change of heart could be the best sign yet that, after struggling for four decades to fight off persistent pressure from developers, industry and growth-happy municipalities to get land out of the ALR, the foremost legacy of the Barrett government is ready to turn the corner and move on. The ALR is all right.

Taking a break from harvesting fruit at his family's large orchard in Kelowna this week, Mr. Bullock declared that the old precarious days for precious agricultural land in B.C. are over.

"We've had enough of this business where people buy farmland and sit on it, hoping it will turn into a lottery ticket [if they can remove it from the ALR]," he said. "We've been down that road too long. People have got to get it through their head, that if they buy a piece of agricultural land, they are going to be selling it as agricultural land."

Farmers have accepted that the ALR is here to stay, Mr. Bullock said. On a tour of the province shortly after taking over the land commission in 2010, he said he was astounded to find pro-ALR sentiment "almost universal. People want us to do the right thing."

Reg Ens, executive director of the B.C. Agriculture Council, agreed. "Without the ALR, I'm not sure what the state of B.C. agriculture would be right now," said Mr. Ens, pointing to widespread – though not unqualified – support for the reserve among the 30 different sectors of farmers and ranchers represented by the council.

Recent figures are telling. In 2010, the amount of land removed from the ALR – 364 hectares – was the lowest yearly exclusion since the B.C. Land Commission Act was passed in 1974. The 632 hectares taken out in 2011 was fourth lowest, including a minuscule three hectares in the high-profile Lower Mainland. Meanwhile, the number of applications for exclusion from the ALR last year was also at a record low, well below the average of the previous five years.

The journey has not been easy. The Barrett government had been spurred to act by unrestrained development that was then gobbling up 6,000 hectares a year of prime farmland in the Okanagan and Lower Mainland. Even then, close to 40,000 ALR exclusion applications have been submitted to the land commission for rulings, and more than 40,000 hectares lost from the province's agricultural land base, including 10 per cent of the soil-rich farmland in Metro Vancouver.

With some of Canada's finest agricultural land surrounded by the province's densest population pockets, where the thirst for residential development is intense, ongoing urban pressure on key chunks of the ALR is inevitable.

"Farmland is flat, vacant and simple," observed independent Delta South MLA Vicki Huntington, who is fiercely protective of the ALR. "It brings tears to a developer's eye. It's money for them. Big money."

Industry wants a cut of the action, too. Robin Silvester, CEO of Port Metro Vancouver, which is seeking better access to its large container port in Delta, said viable industrial land is disappearing, while farmland is locked into the ALR. "Converting ALR land to industrial use would be a last resort, but we need to have better discussions [about the future]."

Indeed, it seems remarkable the ALR has managed to survive at all so close to Vancouver and its sprawling suburbs.

"You show me any other city where, 35 minutes from the downtown core, land is still selling for $65,000 an acre," said Delta Councillor Ian Paton, who farms 60 acres of scenic land along Boundary Bay. "The ALR has made people all over the world look at this little Fraser Valley, where somehow we've managed to keep lots of open space and active farms in and among the subdivisions."

And speculation is far from dead. Even Mr. Paton, an ardent supporter of the ALR, admits to wistful thoughts of becoming a millionaire by peddling some of his land.

Yet Mr. Bullock believes that the major battle has been won. It's time to shift the focus of the land commission away from endless applications for ALR exclusions to a proactive body, working to ensure the viability of agriculture itself. As advocates never tire of pointing out, without the farmer, farmland isn't much good. Mr. Bullock's plan includes stepped-up enforcement to ensure ALR land is used for agriculture only, flexibility to permit more related land use by farmers, and increased government funding.

As to how the once-angry young farmer learned to love the ALR, Mr. Bullock said it was through the joy of agriculture."The vines are full, the trees are being harvested, and I'm helping to load fruit," he said from his family's Kelowna orchard. "This time of year, you live for it. In front of me is a row of fruit trees, and they're laden, and what the hell. What is there to life, you know?" 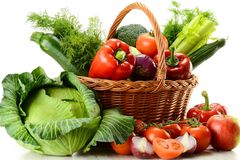 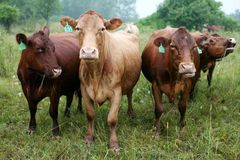 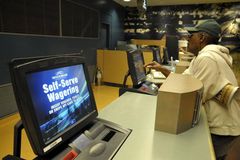