With the Trans Mountain pipeline now past the major hurdles of federal and provincial approvals, three First Nations in British Columbia say they're focusing on the courts as a key battleground in their fight against the $6.8-billion project.

Members of the Coldwater Indian Band, the Tsleil-Waututh Nation and the Squamish Nation appeared together in Vancouver on Tuesday to reaffirm their opposition to the project, citing environmental and health risks as well as their concern they have not been properly consulted. The bands all filed lawsuits in the Federal Court of Appeal late last year.

They used the event to stress unity among First Nations opposed to expansion, which would triple the capacity of the Trans Mountain pipeline that runs 1,150 kilometres from Edmonton to a marine terminal in Burnaby, near Vancouver.

"It's really to showcase the collaboration amongst the various First Nations, who are filing judicial reviews to challenge the federal Crown in their decision to approve this project," Chief Ian Campbell of the Squamish Nation said following a news conference declaring common concerns.

He added there are concerns about alternate routing, shipping issues, spills response and impact on marine life, including orcas and wild salmon.

"None of these concerns were met with any real analysis or consideration for the Squamish Nation. Every one of the concerns we put forward was met with vagueness and generalities, and that's simply not acceptable."

Earlier, in the news conference, he acknowledged that other First Nations have signed agreements with Kinder Morgan Canada, owner of the pipeline.

Chief Lee Spahan of the Coldwater Indian Band earlier told the news conference that his community, near Merritt, B.C., was looking for a degree of respect that is so far absent from the federal and provincial governments as well as Kinder Morgan.

He noted the community is concerned about the impact of the expanded pipeline on the aquifer that the band relies on for drinking water and irrigation. "A spill would be catastrophic," he said, adding that band concerns have been ignored.

In its court challenge, lawyers for the band said Kinder Morgan did not identify the aquifer in its planning and could have considered alternate routes around it.

Chief Maureen Thomas of the Tsleil-Waututh Nation was not at the news conference, but outlined her concerns in a statement, denouncing "disappointingly flawed" federal consultation on the project that understated the oil-spill risks and health impacts.

"We are asking the court to overturn the federal cabinet's decision to approve this project," she said in the statement.

The project proponents said they will proceed with planning for the pipeline expansion.

In a statement, Trans Mountain said the National Energy Board, the federal government and the province all weighed the evidence through review processes and considered varying interests on the pipeline expansion.

"We understand not everyone will agree with these decisions and as these cases make their way through the courts, we will continue to move forward with project planning, permitting, engagement and design in order to meet conditions," said the statement, referring to varied conditions – 157 from the federal government alone – that have been set on the project.

The company said it would not pause its work on the project in light of the court action against its plans. "We have been successful in our court challenges to date," it said in a statement.

The provincial government has granted an environmental certificate to the B.C. section of the project, which includes 37 additional conditions. 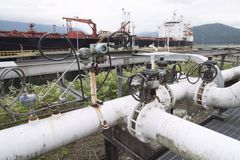 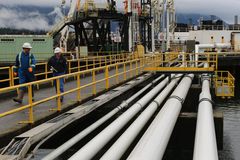