The B.C. government no doubt relishes the day it sees the back of B.C.'s youth advocate, Mary Ellen Turpel-Lafond. There has not been a fiercer, more relentless critic of government policy over the past six years than the province's Representative for Children and Youth.

When it comes to looking out for B.C.'s most vulnerable, Ms. Turpel-Lafond has been the one constant over that period. The ministry of Children and Family Development remains the portfolio where aspiring political careers go to die. No one wants it. It has witnessed a revolving door of ministers over the past decade and consequently, decision-making in this complex but vital area of public policy has suffered.

This week, the province's youth advocate was again doing what she does best; holding the government to account. She issued a progress report on 148 recommendations her office has made in 22 reports published between 2008 and 2013. Her assessment of the headway made on the most important and difficult of her proposals is not kind.

While acknowledging that the government has enacted 72 per cent of the suggestions her office made, Ms. Turpel-Lafond said many of those were the easiest with which to deal. As for the others, she said, the government has been far less successful.

"Of the nine recommendations made to the B.C. government as a whole – the ones that require the greatest cross-ministry involvement and organization – seven have been largely disregarded," the representative said in her report. "These are the recommendations that require overarching accountability, leadership and commitment from the provincial government and the fact they have been ignored is both deeply disappointing and the most striking finding of this report."

It's been far too easy for the government to fall back on the notion that child welfare is "difficult work" – a term, she suggested, that often translates into an excuse for not dealing with issues.

"Difficult work," Ms. Turpel-Lafond pointed out, "is done willingly by those on the front lines of the system. Organizational leadership and the adequate deployment of resources – things that have too often been lacking on government's part – demand the same level of commitment."

She was particularly frustrated with the lack of action on the many issues in First Nations communities. For instance:

Remember, it was only this summer that Ted Hughes, the respected retired judge who has led inquiries into some of the most high-profile child abuse cases in the country, called the "gross disproportion" of aboriginal children in government care a "national embarrassment."

In B.C., more than 8,000 children are wards of the state, and more than half of them are aboriginal. In the meantime, native youth represent only eight per cent of the province's entire child population.

Mr. Hughes suggested a national action plan was needed to tackle the effects of colonization such as poverty, inadequate housing and unsafe drinking water. These were conditions, he suggested, that largely cause the over-representation of aboriginals in the child welfare system, as well as in rates of suicide and incarceration.

Many of the reports by Ms. Turpel-Lafond, who has two years left in her current term, called for significant changes to how government addresses domestic violence, mental health services, poverty and aboriginal inequity. Most of the unfulfilled recommendations in her reports concern these areas.

As the representative concedes, these changes are not easy, but they are necessary if we are going to prevent children and youth from "falling behind their peers, falling into or being stuck in poverty, being left at risk in homes with domestic violence, or suffering from mental health challenges without proper support."

To me, there is something wrong with a government that so obviously requires First Nations help to make its economic agenda succeed, yet will not do more to see that future generations of aboriginal people get to share in any wealth that is created. For now, many aboriginal youth remain destined for a life of poverty and despair, and nothing is being done about it. 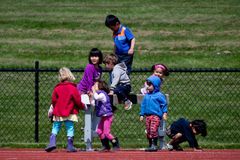 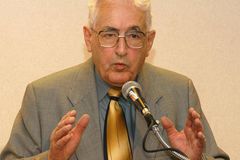 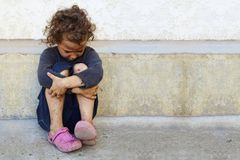 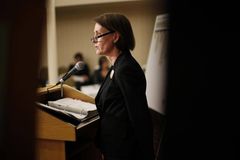