The B.C. government has opened its defence in a court case challenging the Medicare Protection Act, with a lawyer arguing the legal battle "represents a challenge to the very foundation of Canada's public health-care system."

The Cambie Surgery Centre, a private Vancouver clinic, last week opened its constitutional challenge in B.C. Supreme Court. A lawyer for the clinic and four of its patients argued that barring residents from accessing private health care and forcing them to suffer on lengthy waiting lists violates their Charter rights.

The case has reignited a debate that had its last major legal test in 2005, when the Supreme Court of Canada ruled a Quebec ban on private health care was unconstitutional. That ruling, however, applied only to Quebec.

The B.C. government laid out its case on Monday: A victory for the plaintiffs would "violate the fundamental principles on which the province's universal health-care system is founded," lawyer Jonathan Penner told the court.

Mr. Penner said British Columbians, like other Canadians, are proud of their public health-care system and "in particular of the commitment by Parliament and all of the provincial legislatures that medically necessary services should be available on the basis of need rather than ability to pay."

He said "longer than desirable" waiting lists persist for some elective or scheduled procedures and "there have inevitably been failures by physicians in individual cases to provide patients with appropriate priority on their wait list."

But he said if the plaintiffs are successful in their constitutional challenge, the problem will only worsen.

"In fact, granting the relief sought by the plaintiffs would create perverse incentives for physicians and would introduce a private system that would depend on abandonment of the present efforts to reduce wait times in the public system," he said.

Mr. Penner said a private system would also attract doctors, nurses and technicians away from the public system.

The province is expected to continue its opening statement Tuesday. The case is to run for about six months.

Peter Gall, lawyer for the plaintiffs, last week told the court the B.C. government does not provide timely medical services and its failure causes substantial harm to the physical and mental health of residents. He said many British Columbians have suffered and continue to suffer due to long waiting lists.

Mr. Gall said because the public system has failed to protect the health of all British Columbians, the government cannot constitutionally prohibit residents from accessing private health care.

He also argued that allowing British Columbians to access private health care would not undermine the public system.

Brian Day, medical director of the Cambie Surgery Centre, said last week the government "doesn't need to trample on the constitutional rights of Canadians in order to deliver an effective health system."

Dr. Day has advocated for a hybrid system of public and private health care.

He last week pointed to the 2005 Supreme Court of Canada decision involving private health care in Quebec. He said B.C. residents should have the same protections.

But Mr. Penner said Monday the Quebec case was very different and the Supreme Court of Canada decision was based on that province's unique Charter. 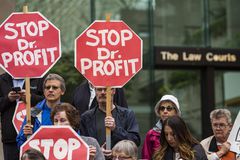 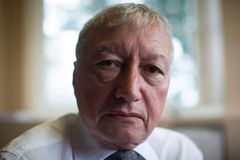