B.C.'s pledge to collect more data on home buyers, after an endless debate about the lack of hard facts on foreign ownership in Vancouver's hot property market, is already being criticized for failing to truly capture the impact of global capital on local real estate prices.

British Columbia Finance Minister Mike de Jong, in delivering the province's budget, said the government would start asking property buyers whether they were a citizen or a permanent resident and, if not, where they were from.

But Richard Kurland, a Vancouver immigration lawyer who works with wealthy clients from China, said the policy is flawed and will not accurately gauge the true level of foreign participation in the local housing market.

Mr. Kurland says tens of thousands of wealthy "investor immigrants" from China who have arrived in B.C. over the years, and continue to arrive, on government programs are formally permanent residents under the current system. He said they would count as purely Canadian in the government's analysis, despite earning all of their income abroad and, in some cases, continuing to live abroad while owning properties in B.C.

"There's a huge gap. … They get a big F," Mr. Kurland said. "The only on-the-ground effect is the continuous flow of millionaires into the region. That's not abating in any way."

In the City of Vancouver, the average price of a detached house in January reached $2.87-million, up an almost unbelievable 46 per cent from the same time last year. With some real estate firms saying as much as 70 per cent of detached houses more than $3-million are going to buyers from China, the city has been engaged in a non-stop debate about the role of foreign money in Vancouver's increasingly pricey housing market and the impact that could have on the future of the city, as many young families, and even upper-middle-class professionals, are left frozen out of the housing market.

The issue has even attracted the attention of Prime Minister Justin Trudeau, who has said there needs to be more data collected.

Vancouver Mayor Gregor Robertson has asked B.C. Premier Christy Clark's government to intervene in the housing market, but Ms. Clark and Mr. de Jong have maintained they would not enact policies that might devalue house prices. In this week's budget, the province said it would collect an additional 3-per-cent tax on the portion of a house sale that exceeds $2-million, exempt new homes valued under $750,000 from the property transfer tax, and begin collecting data on the citizenship of buyers.

Mr. de Jong said in an interview he won't prejudge what the data will show, but repeated that he is not interested in discouraging foreign investors.

"There is a diversity of opinion about the degree to which foreign investment in the market is driving prices," Mr. de Jong said. "The value in the market has increased to a degree and with a speed that is registering on people. Other world-class cities are confronted by this phenomenon. But it's not true that there are no housing options for residents."

Mr. Kurland said the government should instead ask buyers where they pay income tax – which would show where they earn their money, and could eventually help smooth out the housing market for those already living in Vancouver, where house prices have soared despite the average median household income being on par with Windsor, Ont.

"Why is the property-flipping business so good? Because foreigners have an advantage. They don't pay transfer taxes. They're not paying their share under the Income Tax Act. And they're illicitly declaring [Vancouver] housing as a principal residence," Mr. Kurland says, noting that by doing so they avoid paying capital gains tax. "Until there's a requirement to designate the source of funds behind the transaction, it's the wild west."

Saeid Fard, a local tech executive who has been outspoken on housing affordability and the exodus of young talent from an increasingly pricey city, said the new disclosure rules only focus on "half the problem," by targeting residency but not the source of capital. He noted the new measures fail to address soaring prices, and may one day make the situation much worse.

"The B.C. Liberals' approach to affordability can be reduced to removing what they perceive as barriers to entry for marginal buyers," he said "When your solutions to affordability are entirely predicated on getting more people into an already heated and overvalued market, as opposed to addressing the root causes of unaffordability, you are simply postponing a disaster and encouraging new entrants to irresponsibly stretch themselves even further."

Ryan Rosenberg, another Vancouver immigration lawyer, says he also doubts whether the new measures will have any impact. "There's an incredible amount of wealth overseas that can buy anything our supply has. … We're not talking about equal competitors in an free market," Mr. Rosenberg says, adding that he doesn't think there is anything wrong with foreign investment and that the government should be cautious about how closely it scrutinizes the roots of permanent residents.

"Short of a formal limitation, I'm not sure what any of these measures will do at all. It's really nice window dressing." 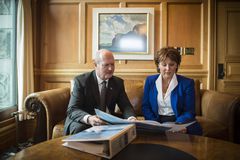 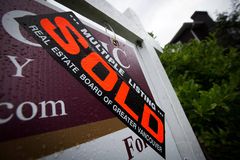 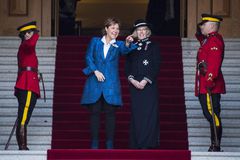 Follow Iain Marlow and Justine Hunter on Twitter @iainmarlow @justine_hunter
Report an error Editorial code of conduct
Due to technical reasons, we have temporarily removed commenting from our articles. We hope to have this fixed soon. Thank you for your patience. If you are looking to give feedback on our new site, please send it along to feedback@globeandmail.com. If you want to write a letter to the editor, please forward to letters@globeandmail.com.
Comments