While BC Green Party Leader Andrew Weaver was insisting he was the only one of the three leaders running in the recent provincial election with "clean hands" when it came to campaign donations, his party was hitting up a prominent member of the Vancouver development community and major BC Liberal Party donor for a $30,000 contribution.

The Greens confirmed the overture occurred but said the person, whom they refused to name, turned them down. The party said it approached "three or four" people about the possibility of donating up to this amount.

Campaign finance reform was a major issue on the campaign trail, and a repeated talking point of Mr. Weaver, whose party does not accept corporate or union donations. The Greens advocate putting a strict cap on individual donations in line with what the federal government has: $1,500 per individual, per party.

Read more: BC Green leader Andrew Weaver is the most sought-after man in Victoria – but, who exactly is he?

The Greens said the largest individual gift they received during the campaign was $20,000 from a person "whose family is related to the real estate industry." The party said the donor refused to have their name released prior to it being made public this summer by Elections BC.

"Over the course of the campaign, there were four individuals who were asked for more than $10,000," said Green spokeswoman Jillian Oliver. "And $30,000 was the upper limit of what we would ever be comfortable accepting."

Ms. Oliver confirmed that Mr. Weaver spoke personally to some of the people the party was seeking larger amounts of money from, including the developer, but only "about our values and things like that." He did not, the party insists, ask for a donation personally. The Greens' democratic reform proposals exclude members of the party's executive council, including the leader, from being involved in fundraising pitches.

She said the party approached this person not because of the industry he was associated with, but because he was a friend of a Green candidate and "interested in some of our policies."

The Globe and Mail confirmed independently that this individual owns a major real estate company and is an important Liberal Party donor.

During the televised leaders' debate, Mr. Weaver insisted in an exchange with NDP Leader John Horgan that the Greens were "principled" on the matter of campaign finance; he criticized the New Democrats for accepting union and corporate donations at the same time as they criticized the Liberals for doing it.

"So do as I say, not as I do," Mr. Weaver said repeatedly during one exchange with Mr. Horgan, while criticizing the NDP Leader for attending $10,000-a-plate fundraising dinners. The Green Leader also frequently criticized the Liberals for being beholden to their rich donors. He said the Greens were the only ones with "clean hands" on this issue and once slammed both Mr. Horgan and Liberal Leader Christy Clark on the issue saying: "Leaders lead. They walk the talk, even when it's difficult."

Asked if seeking a large donation from a developer was not effectively the same thing as seeking it from his company, Ms. Oliver said the party has a fund development director who reviews any potential donation of more than $7,500.

The party's policy states: "Based on the donor profile and discussions with the donor, the executive director [of the party], in consultation with the fund development director, will ensure that the donor has no expectation of influence through the donation.

"Further to that, the donors sign a declaration that they are not engaged in a number of illegal activities or industry-specific activities conflicting with the BC Green Party's values."

The Greens' campaign financing activities come amid a report released by the party this week that indicated it raised $1.264-million since Sept. 28, 2016. That is the date it announced it would no longer be accepting union and corporate donations.

The party announced it had welcomed more than 3,000 new donors in that time and that the average contribution size was $85.21.

The Greens have made banning union and corporate donations a non-negotiable stipulation in exchange for the party's support in a minority government situation. Both the Liberals and the NDP are currently in negotiations with Mr. Weaver in an effort to persuade him to join forces with them.

Perhaps not surprisingly, given the circumstances, the NDP offered tepid criticism of the Greens for what appears to be a breach of their own policies.

"As long as big money is allowed in B.C. politics, it will have an impact on all political parties," said Glen Sanford, deputy director of the NDP. "That's why we support a ban on union and corporate donations that applies to all parties, along with a cap on maximum individual contributions."

BC Green leader Andrew Weaver is the most sought-after man in Victoria – but, who exactly is he?
May 13, 2017 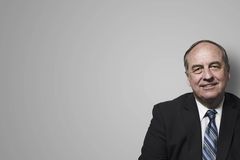 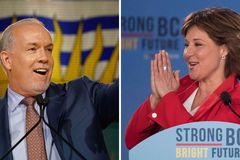 In appeal to BC Green Party, John Horgan shifts on electoral reform
May 18, 2017
Follow Gary Mason on Twitter @garymasonglobe
Report an error Editorial code of conduct
Due to technical reasons, we have temporarily removed commenting from our articles. We hope to have this fixed soon. Thank you for your patience. If you are looking to give feedback on our new site, please send it along to feedback@globeandmail.com. If you want to write a letter to the editor, please forward to letters@globeandmail.com.
Comments