B.C.'s spring grizzly bear hunt has opened for another year, with the government authorizing a limited number of bears to be killed in parts of the province – including the Great Bear Rainforest.

That authorization exists despite an announcement in February in which the provincial government heralded a "globally significant" management pact for the Great Bear Rainforest and said, as part of the deal, that "the commercial grizzly bear hunt will cease in Coastal First Nations' traditional territories."

But even with the Feb.1 announcement, there are still licensed guide outfitters who have operating agreements in the Great Bear Rainforest – which means their clients could be hunting in the region this month.

"They announced the end of the commercial trophy hunt … but what they neglected to say is that they [the government] have done nothing to make that happen," said Brian Falconer, marine operations program co-ordinator with the Raincoast Conservation Foundation. "That only happens if we and Coastal First Nations together raise the millions of dollars it will take to buy these commercial licences out."

In B.C., guide outfitters hold tenures or hunting territories that cover thousands of kilometres and include hunting rights for that area. Non-resident hunters are required to hire a guide outfitter to trophy hunt in B.C., while residents can enter a draw to win the chance to hunt a grizzly.

Conservation groups would like to see the Great Bear Rainforest off limits to bear hunters from both B.C. and outside the province.

Coastal First Nations is an umbrella group of nine First Nations on B.C.'s north and central coasts whose traditional territory overlaps the geographic area now designated as the Great Bear Rainforest. In 2012, the group announced a ban on trophy hunting in its territory and has been waging a high-profile campaign against the practice.

Doug Neasloss, a spokesman for Coastal First Nations, said the province maintains it has jurisdiction over hunting in the area but the group's members disagree.

"We have never surrendered our authority over these lands. We have always had it and we will continue to exercise it," he said, adding that boats were monitoring parts of the coast "as we speak" to ensure the hunting ban is respected.

Over the past decade, the Coastal First Nations and conservation groups have purchased three guide territories that span chunks of what is now called the Great Bear Rainforest – a 6.4-million-hectare swath of B.C.'s north and central coast that became a flashpoint for global environmental concerns.

But four guide-outfitter tenures still exist in the region, and it would take "several million dollars" to acquire those remaining licences, Mr. Falconer said.

Steve Thomson, Minister of Forests, Lands and Natural Resource Operations, was not available for an interview. In an e-mailed statement, a ministry employee said the province – in response to requests from the Coastal First Nations – has agreed to end the commercial grizzly bear hunt in their territory.

"This means that once they acquire the remaining guide licences, that the quota associated with each will be retired," the statement said, adding that "approximately 58 per cent of Coastal First Nations' territories is closed to grizzly hunting."

In a 2015 report called Stop the Hunt, Coastal First Nations said an estimated 155 grizzly bears had been killed in the Great Bear Rainforest between 2001 and 2013, with 105 of those killed by B.C. hunters and 50 by people from outside the province.

The province has defended the trophy hunt despite public campaigns to end it.

"The province manages grizzly bear populations in a manner respectful of First Nation food, social and ceremonial uses, through the Limited Entry Hunt for licensed hunters, through quota for guide outfitters [and] for wildlife viewing, and for recovery where populations are considered threatened," the statement said.

Hunting is permitted only after conservation and First Nations' needs are met, and the hunt is based on the "best available science," the government statement added.

There are 245 guide territory certificates in the province. Of those, about 19 are owned by First Nations, says the Guide Outfitters Association of B.C. 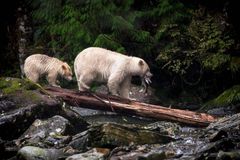 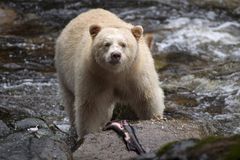 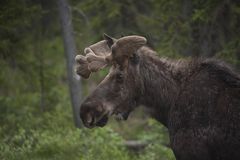