'I have FASD and ADHD. It doesn't mean anything's wrong with me. It just means I like four-letter acronyms that end in the letter 'D.'"

Steve Turnau is at the microphone in the basement of a Burnaby church, rehearsing for a show this weekend at Yuk Yuk's. Mr. Turnau is participating in a program called Stand Up For Mental Health (SMH), where group members craft standup comedy routines to help them deal with their mental illnesses. At the end of the year, they perform the routines at a club. Sunday's show will be a big deal; it's SMH's tenth anniversary, and many alumni will also be performing.

The group's founder, David Granirer, will emcee the event and also perform. (Sample line from rehearsal: "I'm a Jewish atheist, which means I don't believe in God, but I feel kind of guilty about it.")

Since starting the initiative in Vancouver, Mr. Granirer, 54, has established groups across the country and internationally. The Globe and Mail spoke with him after rehearsal this week.

How did this get started?

I've been teaching a stand-up comedy course at Langara College for 16 years and I would see people come in and have these life-changing experiences. One woman said she had a fear of flying. And the day after our show she had to get on a plane and her fear was gone. She said after I did stand up, I felt like I could do anything. And I thought, wow. So that's what gave me the idea.

You yourself have depression. Did you find comedy was helpful to you?

Humour is what got me through a lot of the really bad times. I was hospitalized in my late teens after a suicide attempt and I had this roommate who was around my age.

And even though we were both in really bad shape, in some weird way we just had a really good time with each other and we spent most of our time together laughing. Which is so odd considering the situation. But that's kind of what got me through that really bad time; the fact that I had someone going through what I was going through and we could just be sort of crazy and silly and funny.

These guys have been together for a whole year. They must really bond.

Exactly. It's like a support group. But as opposed to support groups who bond through their pain, these folks are bonding through their sense of humour. It's not that they can't talk about stuff. They'll say I'm really down about this or whatever it is, but instead of going let's explore how terrible that is for you, we're like cool okay, now let's turn it into material. So all that horrible stuff that they've been suppressing and has just sat there like this toxic sludge in their soul all of a sudden becomes transformed into good material. I tell them the crazier you are, the more dysfunctional you are, the better your act is going to be.

I noticed listening to the routines today that the material is pretty edgy – putting crying babies on top of buses, or storing bodies on ice in your apartment. Are there boundaries?

There are boundaries. Nothing racist, sexist, homophobic, no swearing, nothing sexually obscene or anything like that. Once the show gets going, [audiences] are willing to come with us; they're up for it. And the other thing too: for example that one joke about foul smells coming from the apartment; 'I don't know what the problem is; I use ice packs to keep the bodies cold.' In some ways that's a joke that challenges the whole stigma around mental illness because that's what people are most afraid of; that we're these crazy people. And in some ways that joke is saying I know what you're thinking of me and doesn't that sound ridiculous?

How does it feel to watch them do their routines?

I love the process. I get to make people into stars. They come in, they're usually scared, they're apprehensive, and then watching them, let's say three months later, up on stage, it's like they're stars. People are hanging on their every word, they're getting tons of attention and people are coming up to them afterward and saying, 'Oh that was so great' or 'I can totally relate to what you said about being hospitalized,' or whatever. Let's face it: Most of these folks have not ever had that experience.

It's been 10 years. Have you had any great success stories?

One woman I remember had an episode where she ran around the airport naked. She had never told anyone. And she based one of her comedy routines on it, and it was hilarious. And for her it was so freeing to be able to tell people this. It kind of gave her power over that experience as opposed to something that had had power over her. And one of our comics came in one day and said I'm in the process of separating from my husband and normally when something like this happens I just isolate from the world. But I want to write some jokes about this. And we came up with some really funny material and it gave her a sense of power and control as opposed to turning it inward on herself. Another one of our comics, she's in Tacoma, [said] now when I'm on the edge of feeling anxious or whatever it is, I just write some jokes and I put them on Facebook and I get my friends to give me feedback. And that is so much better than having a drink or smoking a joint or whatever self-destructive coping mechanism people have developed.

Has anyone pursued a career in comedy as a result of going through the course?

First I should say most people that's not why they're taking the course. But there are a couple here in Vancouver who are now on the comedy scene. One of them, Melanie Rose, does shows regularly, she gets paid, she's been on TV once or twice. This is her dream.

Over the decade you've been doing this, have you seen attitudes toward mental illness change?

I think attitudes are changing, but I think it's slower than it should be. Health-care providers are more aware of these issues than they were before. For example, it took 20 years for me to get diagnosed. I remember this psychologist said, 'Yeah kid, things will be better, just clean your room a little more often and study and get better grades and you'll get along better with your parents and things should improve.'

He told you this in the hospital?

Yeah. I have to write that into a joke.

The Stand Up For Mental Health 10th Anniversary Grad Show is at Yuk Yuk's in Vancouver Nov. 30 at 7 p.m. 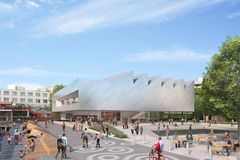 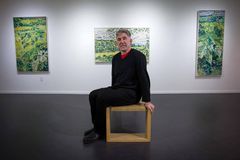 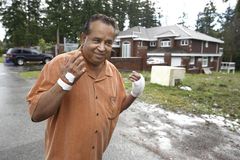