There will be a rally this week on the steps of the B.C. legislature to advocate for public funding of a drug that is used to treat the deadly lung disease cystic fibrosis. The group is looking for a pressure point to get Health Minister Adrian Dix to override clinical decisions not to pay for the $250,000-a-year drug Orkambi.

The demand to fund costly drugs for rare diseases is growing, and these emotional appeals are directed at putting heat on politicians to help patients – with huge benefits to the pharmaceutical manufacturers.

Mr. Dix last week said he won't budge on Orkambi, and urged the company that developed the drug to follow the proper approval channels. There is a national review process, which has already rejected the drug for public funding, but the Health Minister invited the company to resubmit its application with new clinical data that could lead to a different outcome.

The minister held a news conference to explain his position in response to a series of media stories on the plight of patients with cystic fibrosis who can't afford the drug.

"The pressure is sometimes significant," Mr. Dix told reporters last week. "People are struggling and obviously if it was your brother, your sister, your son, your daughter, your parents, who are struggling with an ailment, you want access to everything possible. That's a reasonable pressure point."

But he said his government has to stick to making decisions based on clinical evidence. "If we get away from that, it becomes which pharmaceutical company can more effectively lobby the ministers of health."

His message was not just to the manufacturer of Orkambi.

It was meant for all the other drug companies that are chasing massive profits by developing treatments for rare diseases.

In 2016, more than one-third of public drug spending in Canada went to paying for costly drugs for a tiny portion – 2 per cent – of Canadians using those public programs. And that share is growing.

There are currently 18 ultraexpensive drugs for rare diseases under review by Canada's Common Drug Review, and most of them make Orkambi look like a bargain. The costliest drug on the list would mean publicly funded prescription-drug programs would pay $2-million per patient a year, on a lifelong basis.

"Adrian Dix has a problem," is the blunt assessment from Michael Law, the Canada Research Chair in Access to Medicines and an associate professor at the University of B.C.'s Centre for Health Services and Policy Research.

The demand to fund these exorbitantly priced drugs is growing, and the pharmaceutical industry knows the best way to lobby for coverage of their products under publicly funded drug plans is to get patients to speak out in public, to get around the hurdles thrown up by the government agencies that are tasked to assess the clinical benefit weighed against the public cost.

The Canadian Agency for Drugs and Technologies in Health (CADTH) has recommended, on two occasions, against public funding for Orkambi, and B.C.'s own review board reached the same conclusion. Orkambi's manufacturer, Vertex, has said a full review would take too long, and that it will only resubmit its application if it's granted an expedited hearing and if the provinces enter into price negotiations at the same time.

The people who will be speaking at the cystic fibrosis rally on Wednesday say they deserve access to Orkambi, that they have been left in dire circumstances because of a broken medical system.

The problem for Mr. Dix is that he does have the power to brush aside the clinical advice from these review boards. "The Pharmaceutical Services Act says the minister can override, and make one-off decisions. So long as the Minister of Health has the legal power to do that, they are always going to be in this situation," Dr. Law said in an interview. He doesn't think Mr. Dix should use that power, but concedes it is a difficult decision for an elected official to take the heat for leaving the matter in the hands of experts.

Mr. Dix maintained that his decision to list another expensive drug for a rare blood disease – Soliris – was based on clinical evidence. But taking that decision opened the door for others to argue: You helped those patients, why not us?

To defend his stand, Mr. Dix pointed to the trade-offs that such approvals require. If Orkambi is approved, the publicly funded provincial PharmaCare system will be paying close to $30-million a year for the drug, he said; that's money that could be used to offer relief to low-income earners who currently pay high deductibles for their medication under PharmaCare. Having established the trade-off, Mr. Dix now needs to deliver on better benefits for the broadest possible class of PharmaCare users. Doctors at B.C. hospital question why police eavesdrop on suspects in ER
November 20, 2017 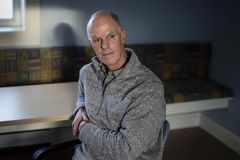 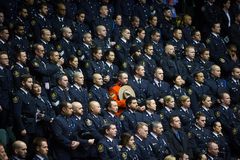