British Columbia is no longer collecting information on how many people are turned away from homeless shelters, saying it doesn't help assess shelter need in a community.

That has come as a surprise to several shelter operators as they head into the winter months when shelters are the most heavily used.

And the move is being criticized by Vancouver-Point Grey NDP MLA David Eby, who confirmed the BC Housing decision through a Freedom of Information request.

"I just can't imagine that this government wants to keep fewer statistics. This is useful information on a number of levels. It helps everyone understand where homelessness is concentrated," Mr. Eby said.

He said this is part of a disturbing trend, with the province also declining to come up with a system for cities to standardize the way they count homelessness.

Mr. Eby's FOI request also acquired the statistics from the past period when BC Housing did collect that information, the year up to November, 2014, broken down by shelter and month.

It painted a portrait of the times and places where homeless people are the most likely to flock to shelters.

But the stats show how the turnaway numbers surged during the colder months in many other communities, when even homeless people used to living outside try to get indoors.

There were 5,800 turnaways at all provincial shelters in March, 2014, the peak month during the year.

But the statistics showed that October, 2014, was a peak month for turnaways in many places. Langley's Gateway of Hope turned away 286 in that month. That was also a peak turnaway time for Richmond, Vernon, Kelowna, Cloverdale, Surrey and New Westminster, among others. Shelters in those cities turned away anywhere from 50 (Penticton) to 285 (Surrey's Lower Mainland Non-Profit Office).

A letter from the chief executive officer of BC Housing, Shayne Ramsay, to the NDP said the province discontinued collecting the stats because people were being counted multiple times if they tried to get into several shelters, because shelters sometimes turn people away even if there are beds available and because shelters might not report all their turnaways, resulting in incomplete data.

(The BC Housing format, when it was collecting statistics, allowed shelter operators to indicate when someone had been turned away for other reasons than a bed shortage – for instance, if they didn't qualify or had been barred for problem behaviour.)

The province is still collecting information on occupancy and full nights at shelters. BC Housing did not respond by The Globe and Mail's deadline with an explanation or comment.

Surrey Councillor Judy Villeneuve was dismayed by the news that the province isn't collecting the information.

"I think that's very short-sighted. Public policy is based on information," said Ms. Villeneuve, the councillor most involved with lobbying for shelter and housing in Surrey. "Even if people are being turned away multiple times, it shows the need."

Some shelter operators were surprised by the news that the province isn't collecting shelter-turnaway numbers any more.

Union Gospel Mission staff weren't aware, until contacted by The Globe and Mail, about the new development.

"We think this type of data is really useful. Tracking turnaways is hugely valuable to us," said spokesman Jeremy Hunka. He said the agency will continue to collect the numbers for its own use. "It shows us where to invest."

At this point, he said, the agency is more curious than concerned about the change.

At Lookout Emergency Aid Society, which operates more than 200 shelter spaces throughout the region, including in North Vancouver, New Westminster, Surrey and Vancouver, staff are also grappling with the change and putting the best face on it.

"I can see their rationale, but we'll continue to collect them," said Jodi Sturge, Lookout's deputy executive director. Her agency saw 820 turnaways in Surrey altogether last year, even after reducing the count by an arbitrary 30 per cent to account for the possible duplications. "It's really important to track the number because it's really important to track trends."

Ms. Sturge said agencies will likely try to keep up by sharing their statistics at community tables, so they can see if there are common issues in the region, such as more women being turned away because of a lack of women-only beds, for example. 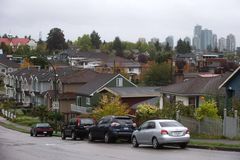 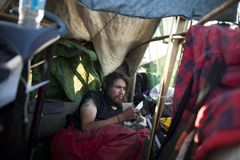 Homeless people given $20 to attend meeting on housing in Victoria
May 15, 2018 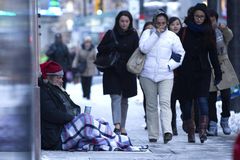