BC Hydro provided the public with misleading financial information in order to justify spending more than $1-billion to install smart meters across the province, claims NDP energy critic Adrian Dix.

In a detailed letter to Jessica McDonald, the president and chief executive of BC Hydro, Mr. Dix accuses the Crown corporation of inflating a claim that the smart-meter program would lead to more than $500-million in net benefits, largely by reducing $732-million in electricity theft by marijuana grow-ops.

In a statement responding to the criticism, BC Hydro has defended the program, saying it is exceeding expectations in helping to reduce electricity theft. But Mr. Dix said that based on BC Hydro reports, three years into the program, the promised savings haven't materialized.

BC Hydro installed 1.8 million smart meters in 2012 after presenting a business case that the program would more than pay for itself by more accurately tracking energy use, making the system more efficient and helping to combat the theft of electricity.

"The thing has been in place since the end of 2012. I don't think there's any evidence of a substantial change in grow-op operations or a reduction in electricity theft," Mr. Dix said. "And now British Columbians have to pay the price. I mean, we didn't need to spend a billion on this program."

In his letter, sent to Ms. McDonald by e-mail on Thursday, Mr. Dix accuses BC Hydro of inflating the cost of electricity theft by grow-ops. He says that in 2004, the utility claimed that total electricity theft from grow-ops was $12-million, but those estimates jumped dramatically – from $50-million in 2006 to $100-million in 2011 – to justify the smart-meter program.

"If you look at what they did, suddenly the amount of electricity theft started to go up," Mr. Dix said. "In fairness to BC Hydro, they were ordered to [move to smart meters]." Then-premier Gordon Campbell "wanted to do it. Cabinet ordered them to do it. And so they had to come up with a new business case to somehow justify all this."

Mr. Dix demanded an accounting of the smart-meter program from BC Hydro.

"They need a new business case. They need to be honest with people that smart meters are going to be a net cost to the province. They can still defend them if they want, they can say, 'Well, we have to [replace] analog meters, etc.,' but don't continue to mislead people," he said.

And Mr. Dix said that if BC Hydro can inflate the business-case numbers for "a massive and costly program" such as the switch to smart meters, it brings into doubt the corporation's projections on other projects, such as the $9-billion Site C dam.

In an e-mail, Steve Vanagas, chief communications officer for BC Hydro, said the smart-meter and infrastructure program, known as SMI, is working as predicted.

"The SMI business case projected a reduction in theft to peak at 75 per cent by the end of [fiscal year] 2016. We are now expecting to reduce energy theft by 80 per cent or more. We expect that over 20 years, we will exceed our gigawatt-hour targets on energy-theft reduction," he wrote.

"The original business case says the benefit from reduced electricity theft will be between $632 million and $832 million. While we are on track to exceed our theft-reduction targets, the exact value of these savings will fluctuate based on the cost of energy. We continue to expect the savings to be within that original range," Mr. Vanagas stated.

He said BC Hydro had just received Mr. Dix's letter and will respond to it in detail at a later date. 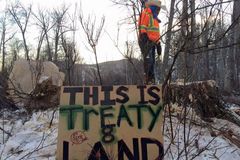 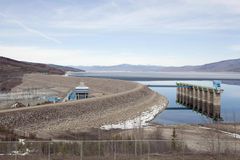