The Wuskwatim dam in northern Manitoba began producing hydroelectric power last year, marking the completion of one of that province's largest construction projects. When all the bills were tallied this year, ratepayers learned that the cost had almost doubled, to $1.8-billion, from the $988-million estimate that was offered up when construction began in 2005. Manitoba Hydro officials blamed unprecedented increases in input costs on everything from cement to fuel to labour.

BC Hydro is preparing for an environmental review of its proposed $8-billion Site C dam, with hearings set to begin in December. Although those hearings are not expected to focus on the budget, Energy Minister Bill Bennett is wary about the bottom line.

Mr. Bennett has marching orders from his Premier to get the third dam on the Peace River built, but examples like Wuskwatim, and cost overruns for BC Hydro's own northwest transmission line, are discouraging. "I wouldn't characterize my view of the Site C project as one of confidence," he said in an interview. "I'm not confident. I'm just the guy who is going to try to make sure that if the project gets approved and built, that it gets built for what they tell me it is going to get built for."

The B.C. Liberal government has exempted the BC Hydro project from independent oversight by the B.C. Utilities Commission, which would have looked at issues including the accuracy of the cost projections and whether the megaproject is even needed. The BCUC is now rarely allowed to exercise its role as Hydro's regulator.

Putting Site C to a regulatory review would get in the way of the provincial government's energy plans, Mr. Bennett said. "That would have exposed those projects to the intervenor process that we have at the BCUC – frankly a group of unelected bureaucrats and lawyers would have decided the future of energy policy in British Columbia."

The plan has been on the books since the 1970s, and this is the third attempt to get it approved, so Mr. Bennett has a case.

An earlier incarnation of Site C was the first major project the BCUC reviewed. BC Hydro applied for an energy certificate in 1980, but after 18 months of public hearings, the utilities commission recommended it be deferred. "The commission is not satisfied that Hydro has demonstrated that a 1983 construction start-up date is justified ... or that it is preferable to all other sources [of power]."

Even then, the review panel found that the process revealed "the frustrations that have build up over the years about the openness, fairness and adequacy of public participation in decision-making on major energy projects."

Those frustrations, once again, are coming to the fore.

Richard Stout, executive director of the Association of Major Power Customers of B.C., questions the need for the dam even though it is supposed to support the expansion of major industrial development.

"We should stop spending immediately on Site C. We think it's vital that these huge expenditures, with huge rate impacts, be examined in front of an independent body to test the evidence and see that the plan is efficient and the best for B.C.," he said. "We remain dubious."

In the past, his organization would typically square off in a BCUC hearing against the union representing Hydro workers. But Jim Quail, lawyer for COPE 378, echoes Mr. Stout's concerns.

The environmental review of Site C is important, Mr. Quail said, but it will not delve deeply into cost, necessity or practicality.

"The thing to do is make sure you have an independent regulator do the full body scan – a real analysis," he said. The BCUC would have no opportunity to review the project until it is built, when it is time to square up the bill. "The useful point to review this is before the work gets done: Are the cost estimates really solid? Does this make sense? Trying to mop up after the fact is too late, the money is spent."

Without the BCUC oversight, the lines of accountability run straight to Mr. Bennett. He is left to rely on BC Hydro for assurances that all is well. In 1983, the BCUC questioned Hydro's figures for Site C and urged the cabinet to demand a more precise budget. That advice, 30 years on, is still good. 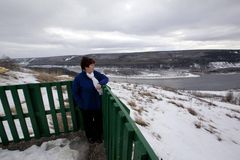 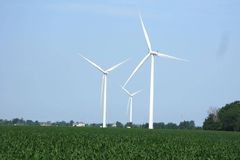