The Duke and Duchess of Cambridge experienced the driving rain of the Great Bear Rainforest on B.C.'s West Coast, as they officially brought the region under the umbrella of the Queen's Commonwealth Canopy.

Prince William and his wife, Catherine, visited the Heiltsuk community of Bella Bella, in the heart of the Great Bear Rainforest, on Monday. Hundreds of residents gathered to welcome the royal couple with traditional drumming, dancing and song in the Wawiskas community hall, after the downpour forced organizers to cancel a waterfront celebration.

The inclusion of the Great Bear Rainforest – a mostly protected 6.4-million-hectare section of the province's mid-coast – in the canopy makes it part of an international network of significant protected forests in Commonwealth countries. The region is one of the largest intact temperate rainforests left on Earth, and the legislation passed this year to preserve the region was the result of two decades of negotiations between environmentalists, the forest industry, aboriginal leaders and government.

Hereditary chiefs in full regalia greeted the royal couple with a song to include their ancestors in the event, and dozens of Heiltsuk girls clad in traditional button blankets danced the ladies' welcome while William and Catherine sat with federal Justice Minister Jody Wilson-Raybould and B.C. Premier Christy Clark.

Before taking a walking tour through the trees – a trip that was also curtailed by weather – William unveiled a dedication plaque to mark the inclusion of the Great Bear Rainforest in the Queen's Commonwealth Canopy.

"I have no doubt other Commonwealth nations will be inspired," William said, commending the effort that involved unprecedented co-operation between First Nations, industry and environmental organizations. "The Commonwealth at its heart has always been about the values that bind people."

He added: "The establishment of the canopy has allowed an unambiguous statement that the citizens of all Commonwealth countries believe that nature is fundamental to the health of our societies."

Many of the original negotiators attended to witness William acknowledge the result of their years of labour.

The Premier announced a $1-million trust fund to help raise awareness of the Great Bear Rainforest, which she signed into law earlier this year. "We have a unique responsibility to preserve this jewel for the world."

While the royal couple marvelled at the old-growth trees that are home to unique species, including the white-furred black bear known as the spirit bear, their Heiltsuk hosts also sought to forge an alliance to help move forward with their century-old grievances with Canada and British Columbia on their claims to rights and title.

As a reminder of their long relationship with the Royal Family, the Heiltsuk displayed an ancient staff that had been handed down through their hereditary chiefs – one of four distributed by Queen Victoria in 1844 to coastal First Nations.

The varnished wood staff is capped by a silver gilt crown above a band of embossed silver – a reminder of the special relationship between the Crown and the indigenous people of Canada, and the expectations that the current generation of the Royal Family will play a role as the country seeks reconciliation with its First Nations.

"It was Prince William's [ancestor] that brought the staff and the promise to look after our people," explained Kelly Brown, the Heiltsuk's director for managing land and resources in their territory. "We have to stay the course and remember the promises made. We are a very patient people. We think the visit could signify the renewal of that commitment."

A group of First Nations leaders declined an invitation join the royal couple during a ceremony in Victoria on Monday evening to symbolize reconciliation between the Crown and Canada's aboriginal peoples.

Grand Chief Stewart Phillip said the decision was not a snub of the royal couple, but rather a message to the current provincial and federal governments.

"The underlying issue here is the suffering and tragedy that continues unabated in our communities throughout the province of British Columbia and across this country," Mr. Phillip said Monday from Vernon, B.C. "Reconciliation must be based on substance and must certainly go beyond simply elegant public platitudes and paying lip service to the intention to move towards reconciliation."

Dallas Smith, one of the key First Nations leaders who secured the Great Bear Rainforest agreement, dismissed the act of defiance. The relationship between Canada's indigenous people and the Royal Family is one based on respect, he said. "We have been groomed for leadership and it's unfortunate that some communities in this province that are not willing to start with respect." He said it was "wonderful" to have the Royal Family acknowledge the efforts of First Nations.

Ms. Wilson-Raybould said the agreement is a prime example of Canada's new nation-to-nation relationship with its indigenous people, "one that is based on recognition and partnership."

More than 100 years ago, the Heiltsuk pressed their claims at a royal commission that was looking at Canada's system of Indian reservations. "The government has not bought any land from us so far as we know and we are simply lending this land to the government. We own it all," Heiltsuk chief Bob Anderson said at that time. "We will never change our minds in that respect, and after we are dead our children will still hold on to the same ideas."

In August, in preparation for the royal visit, Chief Councillor Marilyn Slett consulted with the Heiltsuk hemas, the council of hereditary chiefs, to get their direction for the visit.

They told her to continue to press their case that has been unresolved since Mr. Anderson's day, and to pursue hailcistut, their own version of reconciliation. The Heiltsuk word means to turn things and round and make things right.

"As First Nations, as Heiltsuk people, we recognize that we're all here to stay," Chief Slett said in an interview. "It's in our best interest to find alternative ways forward. We want Prince William to become an advocate, to become an ally, to uphold the Queen's promise to indigenous people. He has a role in that, he can move it beyond that ceremonial symbolism."

Where are William and Catherine? Your guide to the B.C. royal visit
September 23, 2016 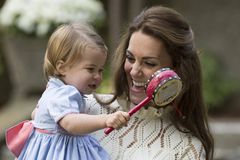 Duke and Duchess of Cambridge begin Canadian tour with moment of reflection in Victoria
September 24, 2016 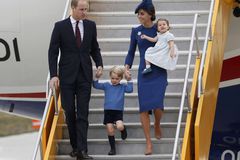 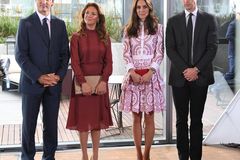