Four opioid-addicted prisoners are challenging a BC Corrections policy they say impedes swift access to medication that could treat their addictions, putting them at risk of overdose – and death.

Lawyer Adrienne Smith, who is representing the men, says her clients have received either limited access, or no access at all, to drugs such as Suboxone and methadone, which are used to treat opioid dependency. Fighting withdrawal, some have turned to illicit drugs behind bars; one has overdosed for this reason, according to an affidavit.

According to BC Corrections' health-care services manual, inmates who are on a methadone or Suboxone program at the time of admission are eligible for continued treatment, while inmates who are qualified to begin such a program should be considered.

This includes remanded individuals and inmates with short sentences, according to the manual, but "the anticipated length of stay in custody must be long enough to incrementally dispense a medically safe dose and stabilize the maintenance dose." It does not specify how long this is; the prisoners say they have been told it can be around three months.

The four men have each been held at provincial prisons for three or four months. All were intoxicated or in withdrawal when they were admitted; three were given Suboxone for a few days and then cut off, Ms. Smith said.

They filed a Charter challenge on Friday in B.C. Supreme Court seeking an injunction order suspending the policy and compelling BC Corrections to bring them before a doctor authorized to prescribe methadone and Suboxone.

Asked about this policy, BC Corrections said neither it nor its health-care provider has a minimum time frame or length of custodial sentences to initiate methadone or Suboxone treatment, despite the language in its health-care services manual.

"To be clear, upon admission to a correctional centre, medical staff can refer an inmate to either methadone or Suboxone treatment, or an inmate can request it," the statement read. "A physician then assesses the inmate and develops an individualized care plan, regardless of the length of the inmate's sentence."

It did not clarify how that applies to the apparent requirement in the health-care manual for a sentence long enough to reach a stable maintenance dose.

Plaintiff Shawn Gillam, 33, said he overdosed snorting illicit oxycodone obtained behind bars while waiting to see a doctor. "I saw the jail doctor [after overdosing], who said they can't start me on Suboxone because I'm getting out," he wrote in an affidavit. "That makes no sense to me because being on Suboxone could make the difference for me when I get out the door."

Keith Ahamad, an addiction physician at St. Paul's Hospital and the B.C. Centre for Excellence in HIV/AIDS, said Suboxone, which has a better safety profile than methadone, has recently become the first-line treatment for opioid addiction.

"The amazing thing with Suboxone is that you can reach a stable dose, for some patients, as early as one day," Dr. Ahamad said. "It's very, very safe compared to methadone. If you had someone in corrections, who you didn't know if they were going to be there for two or three days or two or three months, within a [few] days you could have someone on a stable dose. Methadone could take weeks, but you can still start someone." What's more complicated is ensuring patients have continued therapy upon discharge from a correctional centre – but such discharge plans are already part of BC Corrections policy, he said.

Using illicit drugs is made more dangerous in jail because of a lack of harm-reduction supplies.

"You can't get sterile rigs [syringes] in jail so people make their own," plaintiff Nikola Skupnik, 34, wrote in an affidavit. "There is lots of sharing. People can get diseases from that."

According to urinalysis results from the 2012/2013 fiscal year, 6 per cent of federally incarcerated offenders tested positive for drug use. The most commonly found drug was THC, which can be detected in urine for up to five weeks for chronic heavy users, according to Correctional Service Canada. Other drugs such as opioids and cocaine can be undetectable in a matter of hours.

M-J Milloy, an epidemiologist at the BC-CfE, noted the availability of illicit drugs in prisons, and the increased risk from a lack of harm-reduction supplies, such as clean needles.

"Drugs are a reality in Canadian prisons," said Dr. Milloy. "What is not a reality, unfortunately, is the best available medical care to keep people from the harms of that drug use.

"People might read about these issues and say, 'Well, they're prisoners, they got convicted for a reason. This is part of the deal.' But in fact, the Canadian law on the correctional system mandates that people get just the same health care in prisons as they do in non-prison settings. Unfortunately, when it comes to drugs, we know that's just not true." 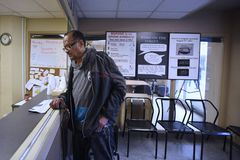 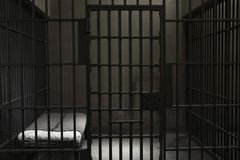