If grief wasn't enough on learning his mother was dying of pancreatic cancer, there was more heartache for Stephen Roberts over his Mom's upset feelings that she would not be able to spend her final days in her own home.

Although at first she was able to move in with her daughter, the quick-acting disease left the family unable to give her proper care that would ensure she didn't suffer too much.

At a very difficult time, small relief came when the 75-year-old was transferred out of the cold ward of a hospital to "the next best place to a home" — a hospice in Kamloops, B.C.

"Which is where you get that warm environment, and you've got people who know what's happening," Roberts said on Monday, standing outside a newly constructed Vancouver-based hospice about three years after his mother's death.

"That's their business and it's quite amazing to think of those people there every day watching people leave this world and still have this bright and positive outlook."

In the wake of his experience, Roberts joined the board of directors for the Vancouver Hospice Society, a facility that learned on Monday that it's getting $950,000 from the B.C. government for its completion.

The announcement came alongside millions in investments for four other Lower Mainland-based hospices and a Centre of Excellence.

The funding comes in tandem with a new action plan to ensure the province provides quality palliative care so people can live to the end of their lives in either their homes or in communities, said Health Minister Margaret MacDiarmid.

Another $2-million will create the centre of excellence, which will conduct research and education and develop standards of practice that will be used around the province.

"It's really not so much about dying, it is about living," MacDiarmid said. "It's about how we live when we come so close to the end of our lives. It is the quality of life that we have."

The announcement was delivered just days after a high-profile case was heard in B.C.'s highest court examining whether Canadians should have the right to control the timing of their own deaths with the legalization of doctor-assisted suicide.

MacDiarmid said that while the B.C. government has not taken a position on the issue, which falls under federal law, if she were to ever return to her former occupation as a doctor she would not "personally participate in euthanasia."

"When (patients) know that their symptoms are going to be well-managed so that they're comfortable, then a lot of that debate really quiets down," she noted.

However, she acknowledged that while she was practising medicine, some of the things she and colleagues did to enhance dying patients' comfort "may at times have shortened down their life."

"So for me, what I really focus on as a provider, was the quality of life. And in some cases when you're providing excellent palliative care, you actually extend the life of people."

One-third of the 30,000 people who died last year in B.C. were in a residential care facility.

The action plan will ensure care providers are trained to high standards, expand telehealth and telemonitoring services, especially for those living in hard-to-reach parts of the province. It will also see information translated into more languages like Punjabi and Chinese.

Six bedrooms are expected to open at the Vancouver hospice home by the end of the coming summer. Each has large windows to let sunlight flood in and doors that open to provide fresh air from the leafy, well-established neighbourhood.

The rooms also include a hide-a-bed where families members can spend the night with their loved one, a hand-made quilt that they can later keep, a bathroom for each bed and shared facilities such as a kitchen, library and large programming room in the basement with a piano.

It's a place where reconciliation can occur for families who perhaps have troubled pasts, Stephens added.

"Families that have had angst and drama with each other, and now it's the end of life, and you've got a place you can do that."

Staying in a hospice is about half the cost of acute care, a spokeswoman for the hospice said.

The Vancouver home will have a registered nurse and care aid on staff at all hours, and also employ cooks and housekeepers. A volunteer team of 350 will attend the home and the homes of people still living in their own residence to serve meals, sit at people's bedside and hold vigils.

Volunteers raised about $3.2-million or just over 75 per cent of the total cost of the facility. 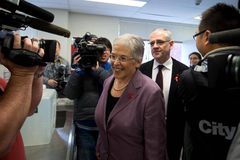 Doctors call on Penticton residents to lobby for cash
February 13, 2013 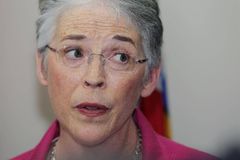