Premier Christy Clark just handed out her cabinet ministers' assignments for the coming year, laying out their responsibilities and pet projects.

Balance the budget, keep government lean, secure the generational opportunity of liquefied natural gas – all the usual themes are there. But buried in the bottom of the priorities list is one new task that signals her government has started to grasp the inescapable impact of climate change.

"Working with the Ministry of Environment, undertake an analysis of the impact of lower snowpacks and retreating glaciers on the forests of British Columbia," Ms. Clark has instructed her forests and lands minister, Steve Thomson. "Make recommendations to cabinet on strategies to protect our forests from any impacts of climate change." Agriculture Minister Norm Letnick has a similar assignment related to his portfolio. Forestry and farming together deliver more than $8-billion worth of economic activity each year in British Columbia.

Most of southern British Columbia is staring at a summer of droughts and the prospect of watering restrictions. Just a couple of days past the summer equinox, the province's River Forecast Centre already shows an almost unbroken stretch of dry or very dry conditions across the southern province and up to Haida Gwaii. On Vancouver Island, the rivers are running at low levels usually not seen until late August. The cause is a combination of extreme low snowpacks, warmer temperatures and below-normal rainfall.

This is not a surprise, it is part of a trend. Many communities have already drafted plans to deal with water shortages, and the provincial drought-response plan has been updated this year. The province just passed a new water sustainability act that, starting next year, will allow the government to decide during droughts who has priority access to limited water.

But the shrinking snowpacks, higher freezing levels and retreating glaciers point to bigger problem than surviving a summer without watering the lawn. The lifeblood of British Columbia's economy – forestry, fisheries, agriculture, hydro-electric power – depends upon those diminishing stores of water. Recreation, and by extension tourism, will change as well.

The Pacific Climate Impacts Consortium at the University of Victoria has been doing much of the work that will inform the government's next steps. Its analysis of British Columbia's climate data for the past 100 years indicates an overall rise in air temperatures for all seasons, with the greatest warming occurring in the winter. The province's glaciers are in retreat – some of the leading analysis predicts most will be gone by 2060 if nothing changes.

Looking at the potential effects listed by the consortium, it is apparent the Premier should be worried about more than forestry and agriculture.

They note that stream and lake temperatures are expected to rise, which may increase disease and create barriers to migration for fish. They warn of increased frequency and magnitude of storms and disturbances – more flooding, and landslides. The melting glaciers will eventually reduce the province's capacity to create hydro-electric power.

"It's a wicked set of problems we face," said Thomas Pedersen, executive director of the Pacific Institute for Climate Solutions. "This is not a short-lived curveball in the weather; this is part of the evolution of the new climate we are driving."

One set of problems his team is looking at is the future of forestry in British Columbia. The legacy of the mountain pine beetle is 19 million hectares of dead trees. "What do we replant with now, recognizing that conditions in the future will be different? That's a major research challenge, and we don't know the answer yet."

In agriculture, he has already seen the impact on the Okanagan cherry orchard where he grew up in Naramata. His brother owns it now, and has struggled this year like never before with high temperatures and irrigation concerns. On the other hand, farmers around Dawson Creek can now grow canola.

Eight years ago, then-premier Gordon Campbell launched an ambitious climate action plan that sought to curb the release of greenhouse gas emissions into the atmosphere. This spring, Ms. Clark revitalized that effort with a renewed commitment that has been dubbed Climate 2.0.

The focus has been on mitigation. What the provincial government is just starting to look at now is something else. It is adaptation. 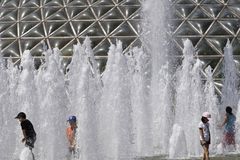 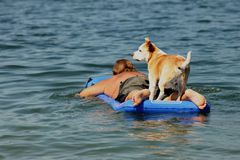