B.C. students in Grades 10, 11 and 12 will get their final marks within three weeks despite the teachers' strike, the province's labour board has ruled.

But some students are worried the fallout of the strike will linger well after provincial exams and the school year end on Friday.

If the job action drags on into the fall – a real possibility as the school year ends with both sides further apart than when the strike started – Grade 11 students such as Tomer Stav may lose a much-needed opportunity to polish their grades before applying to universities.

Like many of his classmates at Eric Hamber Secondary School in Vancouver, Mr. Stav, 17, was planning to work hard to boost his marks during the first semester of Grade 12. But if teachers remain on strike next school year, Mr. Stav and his peers could be forced to apply to postsecondary institutions using only their Grade 11 marks.

"That will impact a lot of kids because most people are relying on Grade 12 to get a higher mark," said Mr. Stav, who plans to study economics.

Some students also feel ill-prepared for the provincial exams. Three weeks of rotating strikes and a full-scale walkout since last week have cut short the amount of time they would normally have to ask their teachers questions in preparation. Exams are going ahead, but in a modified format.

That's worrying a lot of students, especially those in Grade 11 who face the prospect that these could be the marks that determine their academic futures.

"I wish I had more time," said Mr. Stav, who will be writing his social studies exam on Tuesday.

This month, the B.C. Labour Relations Board declared all aspects of compiling Grade 12 report cards an essential service to ensure students had everything they needed to finalize their postsecondary plans. But questions remained about what would happen to Grade 10 and 11 report cards.

Those questions are answered in a new labour board decision that orders each school district to compile a list of students' most current grades and provide them to the classroom teacher. The teacher will then review the list and, within 48 hours, advise the local union representative of any changes that need to be made.

School administrators, who are responsible for facilitating and marking the provincial exams, will then add the test marks on to calculate students' final grades, the Ministry of Education said in an e-mail Monday. Students are expected to have their marks by July 11.

Teachers and the province have been in a deadlock since teachers began limited job action in April, ramping up to rotating strikes in May before progressing to a full-scale walkout this month, bringing classes to a grinding halt two weeks early. Both parties have inched closer together on wages, but non-wage benefits and issues around class size and composition remain sticking points.

Also at issue are a pair of court rulings that ordered the government to reinstate provisions around class sizes and staffing levels that were stripped from teachers' collective agreements in 2002. The government has appealed the most recent ruling, arguing that reinstating the provisions would cost taxpayers $2-billion.

The B.C. Teachers' Federation is offering to withdraw some of its grievances around the Supreme Court case in exchange for a retroactive grievances fund to the tune of $225-million over the life of the proposed five-year contract.

The BCTF is also asking for a workload fund, to cover the cost of hiring new teachers, which would cost $225-million annually.

A spokesman for the union said both sides are still hopeful a mediator can be found for the dispute. The union's first choice, Vince Ready, said Sunday his schedule was too full to accommodate the teachers dispute. 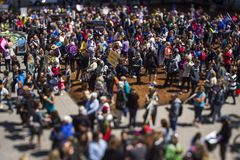 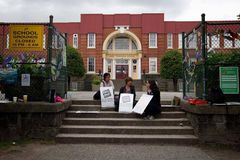 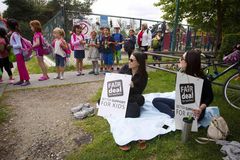 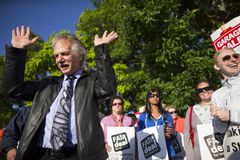