Even before the Criminal Justice Branch announced that WorkSafeBC botched its investigation into the deadly Lakeland sawmill explosion, Labour Minister Shirley Bond was setting in motion changes that are expected to tear the worker protection agency down to its foundations.

Ms. Bond did not announce her plans for reform until after the families of the Lakeland workers were told last week that no charges would be laid for the 2012 incident that killed two workers and injured 22 others in Prince George. But WorkSafeBC's board members were told the night before that they have a new boss with an "aggressive" mandate to fix the agency.

Gord Macatee, the temporary administrator heading WorkSafeBC, is looking at splitting the enforcement authority from WorkSafeBC's prevention and regulation duties. He has until July to report back to Ms. Bond about changes to both the model and the personnel that are necessary to restore confidence in the province's worker safety regime.

It is the second time this year WorkSafeBC has been blamed for allowing employers to avoid prosecution for the deaths of their employees – two men died in a similar explosion at the Babine sawmill in Burns Lake just months prior to the Lakeland incident on April 23, 2012, and no charges were laid in that case.

In both cases, the Criminal Justice Branch found that WorkSafeBC did not adequately warn the sawmill owners about the risk of combustible dust, and then did not properly manage the investigation after the fact.

"Many other jurisdictions across Canada have workers compensation systems that separate enforcement and regulation – and it is worth looking at in B.C.," Ms. Bond said in a written statement on Monday. "We expect WorkSafeBC to look at the very nature of how it conducts its inspections and enforcement – and whether the organization has the right tools to deal with major incidents like Babine and Lakeland. We now expect Administrator Gord Macatee to report back on this."

Ronda Roche's husband Glenn Roche died of his injuries after being engulfed in a fireball that swept through the Lakeland sawmill where he had worked for 30 years. Ms. Roche welcomed the changes but said they don't go far enough.

"It's a little late – I feel they are just doing it now to shut us up," she said in an interview Monday.

Families and survivors from both mill disasters will mark the second anniversary of the Lakeland blast this week with a "march for justice" in Prince George to draw attention to the failure of the criminal justice system to hold any employer accountable for workplace deaths in B.C.

"We want to build public support for a public inquiry, to make people aware that changes are needed," Ms. Roche said. "The system let us down."

For the survivors of both of those explosions, the bigger question is why B.C. has failed to lay a single criminal charge for negligence in the 10 years since the Criminal Code was toughened to make it easier to convict employers when someone is killed or injured at work. On average, 130 British Columbians die on the job each year.

The march on Wednesday will be held in Ms. Bond's hometown, leaving her in the uncomfortable position of defending her government's slow progress to reform the workplace safety system that failed at Lakeland.

While the government has rejected calls for a public inquiry, Mr. Macatee's mandate suggests the government does see a structural flaw in having responsibility for both prevention and regulation under one roof.

The sawmill explosions led to WorkSafeBC's most complex investigations to date. The agency pointed the finger at the employers for allowing unsafe levels of combustible dust in the mills. But WorkSafeBC inspectors were in those mills in the weeks before the explosions and did not suspend operations due to the sawdust levels.

The agency's inspectors, acting on an anonymous complaint about sawdust hazards, checked the Lakeland mill just weeks before the explosion. The Criminal Justice Branch concluded it could not lay charges because the company could argue in court that "if an officer with training and previous involvement in settled and airborne combustible dust inspections or investigations did not identify a fire and explosion hazard, then Lakeland cannot reasonably be expected to have foreseen the sawdust-related fire and explosion hazard."

WorkSafe BC under new management, but mill owners won’t be charged
April 14, 2014 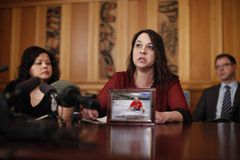 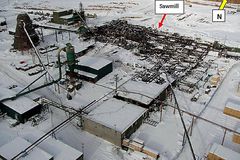 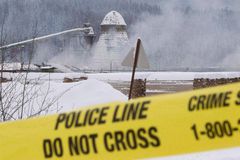