A small chunk of land has become a sticking point between the province and Delta, with the municipality raising concerns over the province's plans to subdivide and sell the waterfront site.

"We have said maybe a refreshing second look might be appropriate in lieu of the situation with both communities," Delta mayor Lois Jackson said on Thursday, referring to the municipality of Delta and the Tsawwassen First Nation, which would have first right of refusal to buy part of the property if it were subdivided.

The site – known as the wedge parcel because it is shaped like a piece of pie – covers 1.67 hectares on the north side of Brunswick Point, a farming area in Delta. It is bordered by Canoe Pass, a waterway, to the north, and farmland to the west, south and east.

The province has proposed subdividing the site, part of which is below the high-water mark, into two lots and putting the upland portion up for sale.

The controversy over Brunswick Point is a bit player in a broader debate over land use in Delta, where agricultural land is under pressure from developments including port expansion and a proposed bridge that would replace the George Massey Tunnel between Richmond and Delta.

If the TFN acquired the property, Delta would no longer have regulatory and planning control over the land.

In a Sept. 17 letter to TFN Chief Bryce Williams, Ms. Jackson said the municipality is willing to back the TFN's purchase of the site under certain conditions.

"If Tsawwassen First Nation agrees to preserve the 'wedge parcel' in perpetuity as a heritage site, environmental habitat, and dike including public access and future flood protection requirements, Delta would advocate for the purchase of the parcel by Tsawwassen First Nation from the Province for a nominal amount," Ms. Jackson said in the letter. Ms. Jackson also wrote to B.C. Lands Minister Steve Thomson to object to the subdivision.

The TFN has received the mayor's letter and is discussing Delta's proposal, TFN chief administrative officer Tom McCarthy said, adding that there have not been any formal negotiations between the TFN and the province relating to the property.

He would not discuss what the TFN might plan for the site, saying such discussions have yet to take place, but said the property would remain in the provincial Agricultural Land Reserve.

"It is important to note that the property is in the ALR," Mr. McCarthy said. "The [Tsawwassen First Nation] could make it part of Tsawwassen lands, but doing so would not remove the ALR designation."

In an e-mail, an employee with the provincial lands ministry said the province, after seeking input from the TFN, is in the process of responding to the mayor's letter and that staff "are optimistic a solution can be reached."

The wedge parcel is part of farmlands that were expropriated in 1968 for industrial development. Those lands were subsequently put into the ALR.

Bruce Cuthbert, who now lives next to the wedge parcel and is among the group of families whose land was expropriated, would like to either see the land either returned to its former owners or retained under provincial ownership.

"I would like to see it retained and preserved as it is – rather than designated for an uncertain future," Mr. Cuthbert said.

The possible fate of the wedge parcel touches on several concerns, including the long-term health of the ALR, said Vicki Huntington, independent MLA for Delta South.

"It's a difficult little piece of land and it is just surrounded by uncertainty," Ms. Huntington said. "I think that is the problem."

Ski-resort municipality shut out of judicial review
May 11, 2018 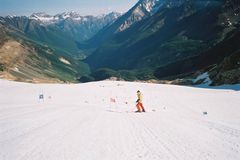 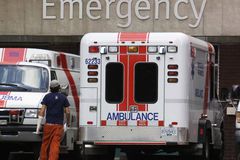 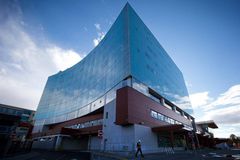