Just days after the B.C. government reached a truce with Alberta over the expansion of the Kinder Morgan oil pipeline, British Columbia has launched public consultations on how to defend its shores from oil spills, making clear the aim is specifically not to create a clear path for the pipeline project.

But Premier John Horgan said on Wednesday the proposed spill regulations and the public-consultation process reflects the government's "intention to ensure that we are doing everything we can to protect our marine environment, to protect our economy from diluted bitumen, that's the objective," he told reporters in Victoria.

"It's not about 'yes' or 'no,' it's about making sure we are doing everything we can to protect B.C.'s interests."

The areas the province wants to explore include asserting for itself some regulatory authority over marine spill management, which is a federal responsibility.

The intentions paper makes it clear that the B.C. government sees increased oil transport as a threat.

"An increase in the transportation of liquid petroleum products through the province by rail, pipeline, and truck will have a disproportionate impact on B.C.'s environment, Indigenous peoples, and the economy," the paper says. On response times, the paper proposes that owners of oil pipelines, and railways moving oil, should be required to demonstrate spill contingency plans within a specific time frame.

They would also be required to clean up a spill within that limited time period.

For geographic-based response plans, B.C. aims to identify the location of significant natural, cultural and economic resources and then require those transporting oil through such areas to have specific location-based plans for spill response.

On compensation, the province is proposing a regulation allowing it to order a company that is transporting oil to develop and, in the event of a spill, to carry out plans to compensate communities for impacts to the use and enjoyment of public places and resources.

On regulatory authority, the paper notes: "The ministry intends to explore whether there are additional opportunities within B.C.'s jurisdiction to enhance provincial regulations with respect to all spills in or affecting the marine environment, including ship-source spills," the intentions paper states.

The BC NDP government first announced its plans for public consultation on oil-spill regulation on Jan. 30, but at that time also included a fifth proposal, to regulate restrictions on the increase of diluted bitumen transportation "until the behaviour of spilled bitumen can be better understood and there is certainty regarding the ability to adequately mitigate spills."

That fifth proposal triggered an angry response from the NDP government of Alberta, as it was interpreted as an effort to delay the Kinder Morgan pipeline construction.

Alberta Premier Rachel Notley launched a ban on B.C. wines in retaliation and only dropped the ban last week when Mr. Horgan promised to shelve plans on that fifth proposed regulation until the courts can rule on whether his province has the authority to restrict oil being moved through an interprovincial pipeline.

B.C. still intends to appoint an independent scientific advisory panel to study "if and how heavy oils can be safely transported and cleaned up, if spilled."

Mr. Heyman told reporters on Wednesday he expects the regulations will not be in place until the spring of 2019. Construction of the Kinder Morgan pipeline is scheduled to be well under way by then, but he maintained the regulatory exercise is not aimed exclusively at the TransMountain project.

"This is not about Kinder Morgan specifically, this is about anyone who transports oil through the province," he said. 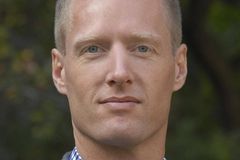 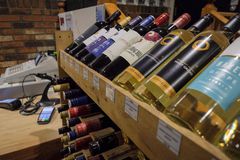