Two candidates for the leadership of the BC Liberals say they will do more to address the runaway housing market and a lack of child-care spaces – both issues that cost the party votes in Metro Vancouver in the past election.

On Friday, former finance minister Mike de Jong announced that a Liberal Party under his leadership would legislate faster municipal permitting times for those seeking to build new homes, while offering more funding to planning departments to fix a "logjam" of 120,000 existing housing applications in and around Vancouver.

On the same day, onetime transportation minister Todd Stone outlined how he would craft a four-year framework for creating 75,000 new child-care and early childhood development spaces and an increase in funding for seniors care.

Mr. de Jong, who has served in the legislature for more than 23 years and failed to defeat Christy Clark for the party leadership in 2011, said his plan would make life more affordable by increasing housing supply to Metro Vancouver's growing population. Under his strategy, municipal departments would have to ensure that all housing proposals of 50 units or less pass through zoning and permitting processes in less than 10 months.

"Families deserve the opportunity to own their own homes. But a lack of new housing supply is hurting this opportunity," he said. "Today, with the private sector, there is the capital and the desire to address if not all, then a good portion of that [housing] gap."

Mr. Stone said his policies would also increase child-care subsidies for poorer families and do more to help youth transition out of government care, both issues that the previous Liberal government was criticized for largely disregarding.

"A new generation of leadership means putting the needs of families at the centre of all we do," Mr. Stone said in his release. "I believe in a strong economy and growing jobs because that's what allows us to make these kinds of significant investments in making life better for families."

The Liberals were reduced to a minority in the spring election. Subsequently, the party lost a no-confidence vote to the combined forces of the NDP and Greens, allowing the NDP to form a government with Green support. The Liberals have 41 seats in the 87-seat legislature.

The NDP were able to win over voters with a platform that promised to make life more affordable for citizens, particularly in the costly Metro Vancouver region. The NDP's campaign pledges for daycare and action on housing held the promise of relief. Urban voters turned away from the Liberals in droves.

Michael Prince, a professor of social policy at the University of Victoria who has studied B.C. politics for 30 years, said Friday's announcements underscore a pivot by leadership hopefuls to deal with the "compassion deficit" of Ms. Clark's government.

That deficit was clearly evident, he said, when Mr. de Jong's last budget touted the province's credit rating and exceptional financial situation while doing little to increase spending on social services or combat the unaffordability growing in many parts of the province.

"It was tone deaf, it was too smug about the AAA credit rating," Mr. Prince said. "This is a response to, and a reckoning of, what they see as their own miscalculation.

"[The Liberals] had the means, they had the opportunity to put some more investment into some pressing social programs, in education and housing, and they didn't – they got no one to blame but themselves."

Candidates will continue defining the party's recent legacy in the months ahead before a new leader is chosen in February.

Andrew Wilkinson is the other former member of Ms. Clark's cabinet hoping to lead the party back to power. MLAs Sam Sullivan, a former Vancouver mayor, and Michael Lee, who represents the Vancouver-Langara riding, are also running.

Tory MP Dianne Watts, who has had a high profile as an ex-Surrey mayor, and former Conservative MP Gurmant Grewal are also both running, as is Terrace businesswoman Lucy Sager. 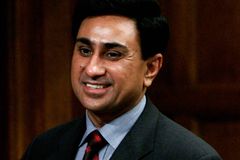 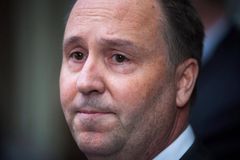