Whoever wins the BC Liberal leadership takes charge of a caucus with almost half the seats in the legislature. That math adds up to a lot of political clout.

The race has boiled down to six candidates – four of them former cabinet ministers – vying to succeed Christy Clark as leader of the party, and to direct the party's 41 MLAs and its members on a path to succeeding John Horgan as the province's next premier.

The finish line comes Saturday evening, capping three days of voting. Party membership ranks have increased from about 30,000 to more than 60,000 as the leadership prospects have travelled the province, selling themselves in person and in debates.

Here's a look at the six candidates:

Bio: Entered elected provincial politics with a 42-vote win in a 1994 by-election in Matsqui. Once the Liberals won power in 2001, Mr. de Jong began racking up a high-profile record in seven cabinet posts, including a five-year run in finance that ended with the fall of the Liberal government last summer. Mr. de Jong, a 54-year-old lawyer, is currently the Abbotsford West MLA.

Lessons from 2017: "Our job is to re-earn the right to govern," Mr. de Jong said. As leader, he says the party would focus more clearly on education, early learning and postsecondary opportunities for young people.

Immediate challenges: Mr. de Jong will have a hard time selling himself as a fresh face. As finance minister for so long, he had a hand in the downsides of recent Liberal government policy.

Bio: The 53-year-old lawyer was born and raised in Vancouver. He worked as a special assistant to Kim Campbell when she was federal justice minister. He has served as a riding president and as a riding-level campaign manager and membership chair. He was elected in the 2017 election as MLA for Vancouver-Langara.

Lessons from 2017: The party's message became too narrow, and that it needs to broaden its appeal by reaching out to new Canadians, younger voters and voters concerned with the environment.

Immediate challenges: Michael Who? He has introduced himself to BC Liberals, but will have to do the same to general voters.

Bio: Born in New Westminster, his family moved to Kamloops when he was 10. He founded and was CEO of a Kamloops-based tech company iCompass that provides tools for municipalities to manage records and meetings. (Mr. Stone sold his shares when he entered elected politics, and the company has been bought by a U.S. firm.) The onetime aide to Gordon Campbell in his opposition-leader days was first elected to the legislature in 2013 as Kamloops-South Thompson MLA, and subsequently appointed transportation minister.

Lessons from 2017: Mr. Stone says the past election showed many voters felt the party didn't speak for them.

Policy: Reducing the provincial sales tax by 1 per cent when revenues allow; invest $1.2-billion in expanding child care and early childhood education; work with Elections BC to enact online voting in general elections.

Immediate challenges: Mr. Stone was transportation minister during a period in which ICBC's financial picture plunged, resulting in what NDP Attorney-General David Eby has called a "financial dumpster fire." Mr. Stone's files also included a controversial referendum on transit policy in the Lower Mainland. Four of the six leadership campaigns united to raise concerns about membership sign-ups by the Stone campaign.

Bio: Vancouver's mayor from 2006 to 2009 was first elected to the B.C. legislature in 2013, representing Vancouver-False Creek. Mr. Sullivan, 58, served as minister of communities, sport and cultural development.

Lessons from 2017: He says the party's error in 2017 was to move right to deal with a challenge from the provincial Conservative party. In fact, the challenge was from the left. He says the provincial Liberals can appeal to the "young techies" with effective policies on such issues as education, affordable day care and culture.

Caucus support: Zero; Mr. Sullivan says he hasn't been encouraging anyone from caucus to support him.

Immediate challenges: Those challenging, attention-getting ideas may be a burden.

Bio: Ms. Watts, 59, entered elected politics by winning a city council seat in 1996 and became Surrey's mayor from 2005 to 2014. She won the federal seat of South Surrey-White Rock in 2015, but quit to seek the BC Liberal leadership.

Lessons from 2017: "Balanced budgets and triple-A credit ratings have to have a purpose and the purpose has to be people."

Policy: A provincial task force on solutions for the housing crisis; daily seniors rates on BC Ferries; completing seismic upgrades on B.C. schools.

Immediate challenges: Ms. Watts would have to decide whether to seek a seat in the legislature, and if she sought one, persuade a sitting Liberal MLA to quit for her, and then win the seat.

Bio: Born in Australia, Mr. Wilkinson's family moved to Kamloops when he was four years old. His academic path included a Rhodes scholarship and training to be both a lawyer and a doctor. He worked in both fields and was also a senior civil servant, and worked behind the scenes for the party, before winning the riding of Vancouver-Quilchena in 2013. His cabinet appointments have included attorney-general and advanced education.

Lessons from 2017: Mr. Wilkinson memorably said BC Liberals lost 10 seats in the Lower Mainland in the past election "because we were preaching to people from 30,000 feet about debt-to-GDP ratios and credit ratings and it meant nothing to them." The party, he says, has to be more connected with "people's pocketbook issues."

Policy: Commitments to reduce overdose deaths by 50 per cent in two years; abolish the small-business income tax on family businesses; develop a "Come Home to BC" program to attract successful B.C. entrepreneurs working elsewhere in the world to return to the province; and rule out referendums in proceeding with transit improvements. He would also require that marijuana is only sold in plain packaging to control marketing to children and teens.

Immediate challenges: The competition for the party leadership has introduced Mr. Wilkinson to BC Liberals, but he will now have to begin anew introducing himself to voters who have not been paying attention. 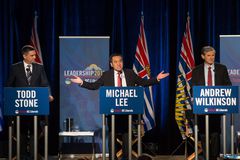 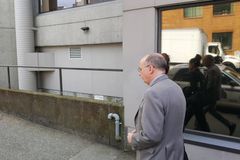 Follow Ian Bailey and Justine Hunter on Twitter @ianabailey @justine_hunter
Report an error Editorial code of conduct
Due to technical reasons, we have temporarily removed commenting from our articles. We hope to have this fixed soon. Thank you for your patience. If you are looking to give feedback on our new site, please send it along to feedback@globeandmail.com. If you want to write a letter to the editor, please forward to letters@globeandmail.com.
Comments are closed