A former Ontario Liberal political staffer who was charged last year in connection with that province's gas-plant scandal has been welcomed back into her position as executive director of the B.C. Liberal Party.

Laura Miller, who stepped down shortly after she was charged in December, returns as the governing Liberals are revving up their bid to fight for a fifth-consecutive mandate from voters in May of next year.

B.C. Deputy Premier Rich Coleman acknowledged Ms. Miller and her association with the B.C. Liberals was going to be a source of criticism, whether or not she was working with the party.

Given that, Mr. Coleman said it was best that Ms. Miller, whom he considers one of Canada's most talented political organizers, be back in her leadership role.

"The party is better organized and better financed that it has been in a decade. All of that is the type of work that she has done," Mr. Coleman told reporters in Victoria.

After working for the party ahead of the 2013 election, which many expected the B.C. Liberals would lose to the opposition NDP, Ms. Miller was posted to her executive position.

The charges relate to an alleged plan to delete government e-mails and other documents that could have shed light on the billion-dollar cancellation of two gas-fired power plants – a long-running scandal that continues to dog Ontario's governing Liberal Party.

Ms. Miller and Mr. Livingston have both previously vowed to fight the charges. Ms. Miller could not be reached on Thursday.

Mr. Coleman described the charges against Ms. Miller as "a pretty old case," adding, "Our issue was, is she qualified to do the job? People still want her to be here," he said.

In a statement Thursday, the B.C. party said its executive board was unanimous in deciding to ask Ms. Miller to return to her position, reflecting its "full confidence" in her.

"Laura has been working with her legal counsel to mount a vigorous and successful defence," B.C. Liberal Party president Sharon White said in the statement explaining Thursday's unexpected development. She added that Ms. Miller is now in a position to step back into her role.

B.C. Premier Christy Clark was also quoted in the statement, saying the decision to welcome back Ms. Miller is "the fair and right approach" and that she fully supports Ms. Miller. Ms. Clark also says the decision respects "the fundamental principle" that people are innocent until proven guilty.

Mr. Coleman said it's his sense that the public understands people have a right to organize their defence in these cases, but also the right to work. He declined to comment on what would happen to Ms. Millers' association with the Liberals if she is convicted.

But John Horgan, leader of the opposition NDP in B.C., said the governing party's decision was not one he would have taken in similar circumstances.

"I guess it's okay to have, at the head of their organization, someone facing breach of trust and mischief charges in another jurisdiction. I wouldn't make that choice," Mr. Horgan said in an interview.

He acknowledged that Ms. Miller is innocent until proven guilty, but facing very serious allegations.

Ms. Miller set up a crowdfunding page to raise money for her legal defence. As of Thursday, it had raised more than $70,000. 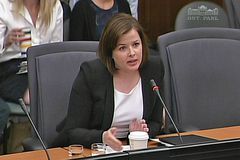 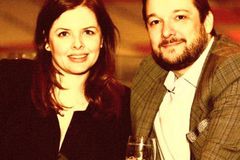