The governing B.C. Liberals lost a pair of by-elections to the NDP on Tuesday – about 17 months before a provincial general election where they will be seeking a fifth consecutive term in office.

To the opposition NDP, taking suburban Coquitlam-Burke Mountain and downtown Vancouver-Mount Pleasant – which saw the election of the first aboriginal woman to win a seat in the legislature – were deemed springboards into the May, 2017, election as the NDP tries to regain power for the first time since they were ousted in 2001 after a decade of government.

"I am very excited about what this means for momentum going into the legislative session, to have two more members of the legislature," NDP Leader John Horgan said in an interview amidst exuberant supporters in a Coquitlam restaurant. "We're going to hold the Liberals accountable and build for the next campaign 66 weeks from now."

NDP candidate Jodie Wickens, executive director of the Autism Support Network, captured the previously Liberal-held seat of Coquitlam-Burke Mountain, taking about 46 per cent of the vote to 38 per cent for Liberal candidate Joan Isaacs.

Ms. Wickens called the by-election and its outcome a "starting point" for the 2017 election. "It's a taste test for what the general population is looking for. They have spoken and we need to honour that."

In Vancouver-Mount Pleasant, an NDP stronghold vacated when former long-time NDP MLA Jenny Kwan decided to enter federal politics, Melanie Mark became the first aboriginal woman to be elected to the legislative assembly with an easy victory over Liberal Gavin Dew. She won with 61 per cent of the vote or 5,353 votes to 994 or 11.3 per cent for Mr. Dew.

But by-elections ahead of provincial votes have not always created a winning political momentum. In 2012, the NDP won by-elections in Chilliwack-Hope and Port Moody-Coquitlam only to see the Liberals win the seats back in May, 2013, as part of a sweep that saw the Liberals win their fourth straight majority despite some polls ahead of and during the campaign suggesting they were doomed.

Mr. Horgan, in a major test of his leadership after being acclaimed to the post in 2014, said he felt well-received on the stump in the downtown and suburban ridings. "People are starting to recognize, `Who is this guy? Oh, he's John Horgan.' I'm the leader of the NDP. I've got to raise my profile and I've got to wade in where people are."

But the Liberals said governments rarely win by-elections – noting the governing party in B.C. has won only two of the last 21; ironically enough, Premier Christy Clark was the victor in both.

"Historically, by-elections have not been kind to the sitting governments of any party," party president Sharon White said in a statement after the votes were counted.

"Unfortunately, there wasn't a lot of interest in the by-election and so we came up a little bit short," Ms. Isaacs told a subdued crowd of supporters, including a few cabinet ministers, at a golf club in Coquitlam. "By-elections are tough."

She added: "Tonight's outcome is not that much of a surprise."

Ms. Isaacs said she would seek the nomination to run again for the Liberals in the 2017 election, noting the government has delivered for the riding on such efforts as the  Evergreen Line rapid-transit system set to open in about a year.

In Vancouver-Mount Pleasant, a riding which the NDP already held, Ms. Mark cited her cultural background as she marked a political and cultural milestone.

"My name is Melanie Mark and I am a proud Niska woman. I am so proud to be Nisga'a, Gitxsan, Cree, Ojibwe, French, and Scottish," she announced in her victory speech.

"And to now add to my identity, I am so proud to be your member of the legislative assembly."

Ms. Mark formerly worked in the provincial Office of the Representative for Children and Youth.

Coquitlam-Burke Mountain was created in 2009 when Liberal Douglas Horne won with 57 per cent of the vote to 36 per cent for the NDP.

Mr. Horne held the riding in the 2013 election but vacated the riding in 2015 to run for the Conservatives in the October federal election – the provincial Liberals in B.C. are a coalition of federal Liberals and Tories – forcing the by-election held this week.

Besides Ms. Wickens and Ms. Isaacs, the other candidate in Coquitlam-Burke Mountain was Joe Keithley, former frontman for the Vancouver punk band DOA now working as a record-company executive. Mr. Keithley won 13.8 per cent of the vote or 1,061 votes.

Issues in the race included transit – particularly bus feeder routes into the new Evergreen Line – education and affordability. Ms. Isaacs championed the sharing economy, advocating for accommodation option Airbnb, and, controversially, ride-sharing service Uber and Lyft as options that would bring relief to her suburban constituency.

Ms. Clark and Transportation Minister Todd Stone picked up on her Uber advocacy in particular, touting Ms. Isaacs as a potential strong voice on the issue in a B.C. Liberal caucus.

Vancouver-Mount Pleasant has long been an NDP stronghold. It was one of only two seats the party held in the 2001 rout that saw New Democrats reduced to a pair of seats in the 79-seat legislature.

In 2013, Ms. Kwan won the riding with 66 per cent of the vote. However, she left provincial politics in 2015 to run in the federal election, eventually winning the riding of Vancouver East.

The other candidate in this by-election in Vancouver-Mount Pleasant was social advocate Pete Fry – the son of Liberal MP Hedy Fry – running for the BC Green Party. The Greens won 26 per cent of the vote, ranking second to the NDP. 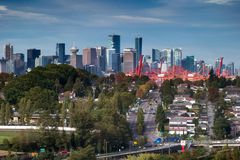 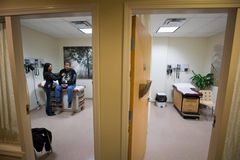 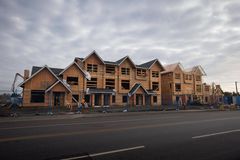