"Safe housing is an important first step toward permanently helping people who are homeless. We also need to find ways to provide services that enable them to rebuild their lives. Today's funding will help to do both," B.C. Housing Minister Rich Coleman as he announced funds for a new facility in Chilliwack in the midst of a hotly contested by-election.

The Ruth & Naomi's Mission, a faith-based ministry in Chilliwack that cares for the homeless, completed construction of a million-dollar community building in January.

The B.C. government gave $387,000 to the group at the official opening of the facility on Feb. 25 to cover costs associated with remediation of contaminated soils on the site. Laurie Throness, the Liberal candidate in the Chilliwack-Hope by-election, was spotted among the crowd of dignitaries at the ribbon-cutting ceremony. The by-election had not yet been called but the announcement was expected within weeks, if not days.

After the vote was set, the B.C. government came back with more money for Ruth & Naomi's Mission. On Tuesday, nine days before the by-election April 19, Housing Minister Rich Coleman announced a commitment to pay part of the facility's annual operating expenses.

New Democrat housing critic Shane Simpson says he believes the funding announcements were motivated by a desire to help the Liberal candidate in the Chilliwack-Hope by-election. The new facility is in the constituency of Chilliwack, which is next to Chilliwack-Hope. But the impact of the announcements will easily cross the boundary, Mr. Simpson said.

"It's a good thing it is happening," Mr. Simpson said in an interview. "I suspect a number of people are wishing they had by-elections."

Those involved in the development of the new facility say the by-election was irrelevant. They feel the timing was a coincidence.

The city of Chilliwack has a population of about 80,000. Around 250 people in the city are homeless.

Wayne Massey, chairman of the ministry's board, said the group began feeding homeless people in Chilliwack about 10 years ago. They started five years ago to plan to build a new facility that would include transitional housing. Two years after that, architectural plans were drawn up and organizers went out to the community in search of funds.

Around the same time, they opened a temporary shelter for the homeless. Their community work has received considerable support from local churches, businesses and community organizations. "A lot of people want to help out but they do not know how to do it. They came to work [with the homeless]through Ruth & Naomi," Mr. Massey said.

The new facility was built with $350,000 in donations and a significant amount of free labour and material from people involved in the construction industry. The directors signed for loans of around $500,000 to clean up contamination on the site, which was previously used by a dry cleaner.

The group had been asking for government support for many months before the province agreed to pay off the bill for soil remediation. The organizers were relieved.

"Donors give money to help the homeless, not clean up dirt," Mr. Massey said.

Construction of the facility was complete when Mr. Coleman came out to see the facility. The new building includes a commercial kitchen to feed up to 150 street people, an overnight shelter for 20 people, space for a food bank and a clothing distribution depot, transitional housing for 25 people, a medical office and a classroom.

The street ministry intends to continue to rely solely on volunteers and donations to run the overnight shelter and kitchen. They looked to the government solely to cover costs associated with the transitional housing, Mr. Massey said.

Traditionally – but not always – the government provides funds to community groups after issuing a request for proposals to deliver specified services. Announcing funding as it did in this case creates a perception of political manipulation. Nevertheless, funds for Ruth and Naomi's Mission will help achieve the goals that the government has set out. 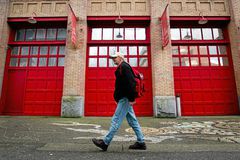 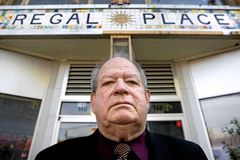 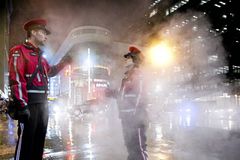