Bryn Ditmars's first auditory hallucination is among his first memories ever, a god-like voice telling him he would die at age 33. He was five years old.

The following years, his schizophrenia would lead him to develop an aversion to food, believing it was poisoned. His style of dress changed from jeans and T-shirts to painted clothing and clown-like costumes. He believed he was from Mars.

But it wasn't until he suffered a severe psychotic break at the age of 23 that he first saw a psychiatrist. Mr. Ditmars's father had found him in the attic rocking back and forth and screaming, terrified that he was part of a cloning experiment. His father phoned 911 and Mr. Ditmars was taken to hospital under B.C.'s Mental Health Act and admitted as an involuntary patient. Six more involuntary hospitalizations would follow over the next three years.

"A few times I was in agreement, but most of the time I was given no choice," said Mr. Ditmars, who is now 38 and works in peer support and public speaking. "That being said, I strongly believe that, were it not for these interventions, I would not be alive today. I was a danger to myself and others."

Mr. Ditmars is now among those speaking out in defence of B.C.'s mental-health detention system following a critical report by the Community Legal Assistance Society (CLAS). Through interviews with lawyers and legal advocates who had represented people challenging their Mental Health Act detentions at review panels, the report paints a picture of a regressive mental-health system under which involuntary patients can be physically restrained as punishment, stripped of their clothes and subjected to "forcibly administered psychiatric treatment" including injections and electroconvulsive therapy.

Report author Laura Johnston, a lawyer at CLAS, called B.C. "one of the most regressive jurisdictions in Canada" in this regard and said that safeguards must be put in place.

CLAS is also representing the Council of Canadians with Disabilities in a Charter challenge to deemed-consent provisions in the Act.

Now, 12 years removed from his last hospitalization, Mr. Ditmars still recalls being held in seclusion, compulsory injections of antipsychotic medications and a particularly harrowing dentist visit while being held in restraints. But, he says, he is grateful that he was put through involuntary treatment.

"It's the best thing that could have happened," he said.

But others are not as pleased with the experience. One young man who was diagnosed with bipolar disorder 10 years ago at the age of 18 has also been admitted to hospital and treated involuntarily – seven times to date. He asked that his name not be used because he is concerned it would hurt his employment prospects.

As with Mr. Ditmars, the man was subject to physical restraints, seclusion and compulsory treatment with medication. He is now 28, holds a degree in computer science from the University of B.C. and is permitted to live at home. However, he remains an involuntary patient whose treatment is decided by community care providers and is required to take medication for maintenance treatment. Those who refuse their medication can be taken back to hospital.

While the computer scientist believes he benefited from his time in involuntary treatment, he feels he should have more say in making his health-care decisions.

"I think the right to accept or refuse medical treatment is a right that few would argue against in normal cases," he said.

"I think the stereotype of all mentally ill people being violent and unable to take care of themselves is the only reason the law has been allowed to survive this long."

To be certified for involuntary admission under the Mental Health Act, a person must meet all of four criteria. A physician must find that the person has a mental-health condition that requires psychiatric treatment and seriously impairs his/her ability to react appropriately to the environment or others; the person requires psychiatric treatment in or through a designated facility; the person requires care, supervision and control through a designated facility to prevent substantial physical or mental deterioration or for his/her own protection or the protection of others; and the person is not suitable as a voluntary patient.

Some Canadian jurisdictions require a formal assessment of mental capacity to make consent decisions regarding proposed treatment, but B.C. does not. Upon admission, the person is legally deemed to have consented to all psychiatric treatment.

Involuntary patients remain designated as such until a physician determines he or she no longer meets the four criteria. A patient can also request a review of his or her status. The CLAS report notes that "unlike many other Canadian jurisdictions, B.C. has no mechanism to ensure a minimum level of periodic automatic review of the detention takes place."

The computer scientist says he has requested, and had, two hearings by review panels. Both times, the panel ruled that he still met the criteria for committal. Among other safeguards, the CLAS report calls for access to independent legal advice at the time of admission; set periodic reviews of detentions for all detainees; mechanisms to track and evaluate the detention system; and the creation of legal criteria to govern the use of restraints.

Jane Duval, former executive director of the BC Schizophrenia Society and the mother of a son who has benefited from involuntary psychiatric treatment, describes B.C.'s mental-health legislation as well-written, clear and "one of the best in Canada." She called the CLAS report stigmatizing.

Ms. Duval believes it is not the legislation that needs to change, but B.C.'s health-care system.

"The mental-health system is fragmented, difficult to access, woefully underfunded and therefore poorly resourced," she said.

Asked about more autonomy in the recovery process, Mr. Ditmars said it's not always so straightforward when dealing with serious mental disorders.

"In my experience, in the world of mental health, the people who need the most help reach out the least," he said.

In a statement provided to The Globe and Mail, B.C.'s Ministry of Mental Health and Addictions said it welcomes feedback from all stakeholders but would not comment on the CLAS report specifically because of an continuing Charter challenge. 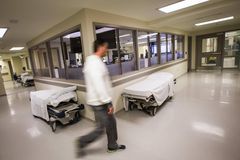 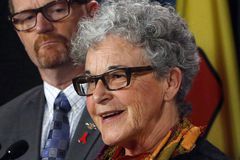 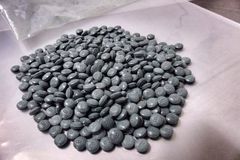