B.C.'s mayors and councillors are pouring into Vancouver this week with one main goal at their annual convention – to get a handle on what changes the new NDP government will be bringing them.

The more than 1,800 attendees – a higher than usual number – are looking for signs of what Premier John Horgan's team will do about the impending explosion of retail marijuana, about housing and about mental health, drug and overdose issues, say councillors on the executive of the Union of B.C. Municipalities.

"This is the first opportunity for many mayors and councillors to meet these ministers for the first time," Surrey Councillor Bruce Hayne said.

What he's hearing from others like him is that they are waiting for answers to some overwhelming problems that weren't dealt with by the previous Liberal government.

"When it comes to mental health and addictions, municipalities are just being slammed right now. The fire-service calls for every overdose, it's putting incredible financial strain on municipalities," Mr. Hayne said.

"And the other one that's putting incredible strain is marijuana legalization. It's 10 months out and we have no idea what our retail-distribution model is going to be and whether municipalities will have a say."

The UBCM has three committees examining the issue, but there's no consensus at this point among the cities, villages and towns about what model would work best for marijuana sales.

The one thing they have been clear on is that they need financial help to monitor the new industry.

Vancouver Councillor Kerry Jang, a long-time NDP member, said the mood going into the convention is "hopefulness and excitement," as people look for some action on those and other issues.

Although the NDP have made a number of announcements about new initiatives already, Mr. Jang said this should allow everyone to focus on the big problems such as marijuana regulation, softwood-lumber issues and more.

The program for the week-long convention, which will be attended by local-government politicians and bureaucrats, illustrates the topics that are preoccupying that group.

There are several sessions on housing, homelessness, the problem of short-term vacation rentals and their impact on local rentals. Both councillors said members of the new government have reached out to city politicians already, indicating a willingness to work with them.

That is a relief, said Mr. Hayne, who described the Liberal attitude as one that focused on scrutinizing municipalities for overspending rather than working with them on understanding the real cost drivers in their budgets and looking for new revenue models.

The union of municipalities has been trying to get the government to talk for years about a different model of revenue sharing, one that provides more consistent funding.

"Until now, it has been at the pleasure of the provincial government. It's been very hit and miss," Mr. Hayne said.

The UBCM convention has always been a forum for provincial politicians to tap into the major concerns in the province's 161 cities, towns and villages, and to connect with local politicians directly.

In the years Gordon Campbell was premier, he often used the convention as the occasion to make a major announcement that municipal politicians would like.

Former premier Christy Clark did less of that and, in fact, provoked a certain amount of grumbling with her announcements instead about new initiatives, such as creating a municipal auditor-general to oversee city spending.

One topic of concern at the convention appears to be bad behaviour at councils. There is one session for convention attendees on "Uncivil Civic Engagement." As well, there is a session on a policy paper dedicated to the topic of "responsible conduct," the result of concerns about "the issue of questionable conduct by local government elected officials."

Reports of council feuds and complaints of bullying have erupted in the last couple of years in Nanaimo, White Rock and Quesnel. 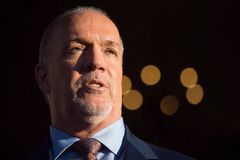 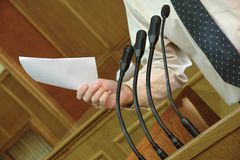 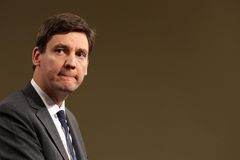