Bruce Dumont, president of Métis Nation BC, spent the first moments after the Supreme Court of Canada ruled that Métis are "Indians" under Canada's 1867 Constitution in a swirl of people dancing and hugging in the court's foyer.

The decision means that the country's Métis people are a federal responsibility, no longer lost in a bureaucratic no man's land. The challenge ahead is to determine what that long-sought equality with status Indians means for their communities.

Hours later, Mr. Dumont was on his way back to British Columbia to seek a meeting with the province's Minister for Aboriginal Relations and Reconciliation, John Rustad, to discuss how services will be provided to B.C.'s estimated 70,000 Métis under programs that are currently offered with federal funding to status Indians.

"We have to talk about the programs and services, the benefits to the Métis – whether it be health care, education, housing, economic development," he said in an interview. "We would expect to see resources flowing our way – not immediately, it will take time."

In the court battle, launched in 1999, the Métis fought for recognition as a distinct aboriginal community. In Thursday's ruling, the court determined that Ottawa's constitutional responsibility for "Indians, and lands reserved for the Indians," includes the Métis and non-status Indians, although the court did not prescribe any specific support, leaving those details to be negotiated.

Mr. Rustad said the province has been providing services such as health care and education to Métis and non-status Indians without federal assistance. Much of that work has been provided through Aboriginal Friendship Centres.

The province will not walk away from working with the Métis, he said, adding that he expects the federal government will now have to sit at the table as well.

"Housing, children and family development, skills training – there are many components that we have been working on with the Métis. But we haven't had the funding coming in and recognition coming in from the federal government," Mr. Rustad said in an interview. "I hope through this we will have an opportunity to expand some of those types of things we do."

The court ruling will add further complications, however, to the status of aboriginal relations in B.C. The settlement of treaties with First Nations is moving at a glacial pace, and Mr. Rustad's government has developed a taste for one-off economic deals in lieu of land-claim certainty. Adding more parties at the table looking for economic development agreements and support services may test already-strained relations.

Métis Nation BC has roughly 14,000 registered Métis members, and Mr. Dumont said he expects the group's offices to be flooded with calls from some of the 56,000 other self-identified Métis people across the province who will wish to register in the wake of the court's recognition.

The Métis have no land claims in B.C., although three communities are recognized as historic – in Fort St. James and Kelly Lake in the north, and in Fort Langley. The population today is mostly settled across Vancouver Island, the Lower Mainland, the Kootenays, and in the communities of Prince George and Fort St. John.

Gordon Christie, director of the University of British Columbia's indigenous legal studies program, said the ruling may prove to be an opportunity for an alliance between the Métis and provincial governments, who now have a mutual cause to bring Ottawa to the table with some cash. "We don't see this too often in Canada; it is a good opportunity to build some bridges."

He added that it provides much-needed certainty for a large group of disenfranchised Canadians. "It ends this hot potato problem that has been around for 150 years," he said. "The problem has been the federal government distanced itself from people it said were not Indians.… The province can clearly say now they don't have responsibility for these people."

Mr. Dumont is realistic about the amount of work to be done to translate the court victory into practical change that will end generations of disadvantages.

"But we know who we are," he said. "We have a distinct history, language and culture of our own, and we helped build our beautiful country of Canada." 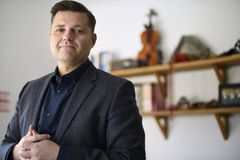 Opinion
The Supreme Court ruling on Métis: A roadmap to nowhere
May 16, 2018 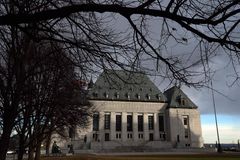