Thousands of kilometres of salmon-rich waterways and the drinking water of hundreds of communities in central and Northern British Columbia are at risk of mining-related environmental disasters, a new report warns.

The survey from the BC First Nations Energy and Mining Council is being released just ahead of a decision by the provincial government on the application to restart the Mount Polley gold and copper mine after the catastrophic tailings pond collapse last August that spilled 10 million cubic metres of contaminated water into the waterways below.

In January, an expert panel report on the Mount Polley incident concluded that, based on past performance, British Columbia can expect to see two failures of tailings ponds every 10 years – a not-insignificant risk that spurred calls for an overhaul of the province's regulatory regime for the mining industry.

The mining council has, for the first time, mapped out the 35 active mine tailings ponds in the northern half of the province and traced the potential paths of contaminants from dam failures at any of those sites.

The survey found that 80 per cent of the chinook and sockeye salmon in the region are either downstream from a tailings facility or would migrate up a river that could be contaminated.

It also concluded that there are risks to the drinking water of 33 First Nations and 208 other communities, including Prince George, Smithers and Terrace. The degree of risk in each case would depend on the geology and the magnitude of the failure.

"The independent panel report has to be viewed as a wake-up call to Canadians about these tailings ponds," said Dave Porter, chief executive officer of the mining council. "They pose the risk of an [environmental] disaster on the scale we've seen at Mount Polley. It has galvanized us to do something. Our report is a tool for our communities and others to understand the potential impacts."

British Columbia's north is poised for an explosion of new-mine development. The provincial government has pushed for the creation of mines as part of its jobs plan, building a new power transmission line to encourage industrial development in the northwest and promising to cut red tape for mine permits.

At the same time, First Nations, buoyed by last year's Supreme Court of Canada victory on aboriginal rights and title, are demanding a greater role in determining what resource development can take place in their traditional territories.

That heightened recognition of aboriginal rights led the province to purchase 61 disputed coal licences last month to avert a mining conflict in an area considered sacred by the Tahltan First Nations.

Mr. Porter said the survey will help communities understand which watersheds are at risk, but he also hopes it will put pressure on the B.C. government to impose tougher environmental standards on mines.

"I think we need some oversight," he said.

The B.C. government has promised to review its mining regulations this summer to respond to the expert panel report.

Mr. Porter said government and industry must work with First Nations to build a better model for mining. He said there needs to be an expansion of protected areas based on at-risk watersheds. He is also calling for the creation of an industry fund to ensure financing for clean-up and remediation.

The expert panel on the Mount Polley disaster concluded that the design of the tailings pond was flawed because it failed to address the unstable foundation of the dam. That mistake was compounded over the years as the dam was repeatedly raised to contain the mine's growing lake of contaminated water.

In response to the January report, the province ordered all operating mines to inspect the foundations of their tailings pond dams – 123 in total. The results are due by the end of June.

In the meantime, there are still two investigations under way into the Mount Polley incident that could lead to charges or fines. One, from the Chief Inspector of Mines, is due in mid-June. But the decision on whether to allow the company to restart the mine, which is expected by early July, does not hinge upon those findings.

Pollutants from Mount Polley breach may have long-term effects: study
May 5, 2015 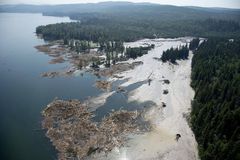 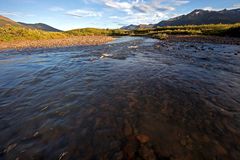 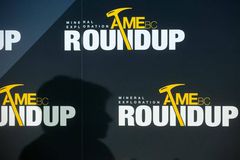