For its members and occasional guests, the Vancouver Island Motorsport Circuit is a dreamlike playground.

Nestled among the trees in British Columbia's Cowichan Valley, the exclusive club ushers visitors in by helicopter before inviting them to speed some of the finest performance vehicles available over an adrenaline-feeding 2.3-kilometre loop.

Working at Canada's only private motorsport country club, though, was allegedly a harassment-filled nightmare for one former employee, who was asked to trade cargo pants for "skirts or something more revealing," and endure comments from a manager about "what he would do to me sexually if given the opportunity," according to a complaint she has filed with the B.C. Human Rights Tribunal.

Charleen Smith is a paramedic who worked at the track from June, 2016, until midway through last year, when she left on a doctor-approved stress leave. She would not return. Throughout her nine months of employment, Ms. Smith alleges, she endured sexual and other harassment from her boss, track operations manager Brent Evans.

In her human-rights complaint, which also names the circuit and chief executive Peter Trzewik as respondents, Ms. Smith alleges she was aggressively pushed behind her desk by Mr. Evans, who she says had a habit of leaning in to her from behind her chair so Ms. Smith could "feel his breath on my neck" and felt "cornered" without an escape route.

"At the Christmas Party, Brent told me that he had a 6-pack in his room," she wrote in her human-rights complaint, adding that "he asked if I wanted to join him for a drink, he smiled, looking at me sexually. He conveyed that his intentions were sexual in nature." Ms. Smith said she declined them.

The impact of Mr. Evans's alleged behaviour at the track, which included leering and "staring at my body parts," according to Ms. Smith's complaint, literally made the woman sick.

"I had anxiety and sleep deprivation, I have become physically sick. I have been suffering from headaches and insomnia," she wrote in her tribunal complaint.

A copy of the original complaint was obtained by The Globe and Mail.

Michael Bain, a lawyer for Mr. Evans, told The Globe in an e-mailed statement that Mr. Evans "denies each and every allegation made" and disputes the conclusion reached by the track's investigators.

The facility, as well as a nearby hotel and spa, Villa Eyrie, are owned by the GAIN Dealer Group, a B.C.-based network of more than a dozen luxury automotive dealerships. A large interest in the group is held by Mr. Trzewik's business partner, Sylvester Chuang, a Toronto-based radiologist at the Hospital for Sick Children, who did not respond to a request for comment.

Dr. Chuang also maintains the AWIN Group, an even larger network of luxury dealerships in the Greater Toronto Area. The automobiles sold at dealerships owned by the two groups include the world's most exclusive brands, including Alfa Romeo, Audi, BMW, Mercedes-Benz, Porsche, Maserati, Land Rover and more.

Several of the auto makers are patrons of the B.C. track and make use of it to host new car launches or training programs for employees, dealers or journalists.

In their formal response to the allegations, Mr. Trzewik and the track have denied discriminating against Ms. Smith and any associated allegations of wrongdoing, according to the filing, also obtained by The Globe. The company has temporarily removed Mr. Evans from his role at the track after an internal investigation determined that some "bullying and harassment" had taken place.

Employee accounts of day-to-day experience at the track are detailed in an internal interview with track officials, a copy of which was obtained by The Globe. They stand in stark contrast to the sleek image of luxury and exclusivity its owners have worked to cultivate for a global clientele since opening the membership-only driving circuit in 2016.

Automotive journalists, including this writer in a former role, have lauded the track, a unique facility that is the first of its kind in Canada and designed to stoke automotive passion.

Ms. Smith, who also filed a complaint with WorkSafe BC, is speaking publicly about her experience because staying silent, she said, has left her with feelings of shame.

"I'm not telling any lies. Keeping their secret makes me feel like I did something wrong. And I didn't," she said. "I struggled immensely before I even came forward about it."

When Ms. Smith heard news of the track's opening, she was so excited about the prospect of working for the company that she e-mailed in hopes they might create a position for her. "I sought them out and sent a bold letter saying, 'I want to be a part of you. What do I have to do to work here?'" she told The Globe and Mail in an interview.

The fledgling club agreed to hire her as an on-site paramedic who would moonlight as a concierge. When she came on board, Ms. Smith was given GAIN's employee handbook, which includes a zero-tolerance harassment policy.

But she said it was not long before she and other employees found themselves referring to its terms.

In letters written to track management last February, Ms. Smith and several other employees who wrote anonymously outlined a list of grievances that included sexual harassment, harassment, bullying and intimidation. They all identified Brent Evans, the operations manager, as the offender.

"Myself and my teammates are constantly belittled, bullied and hit," wrote one male employee who went on to refer to Mr. Evans as "a rock in the middle of the road."

In her letter, Ms. Smith said she was "truly sorry to have to write this" and said she felt "privileged" to work at the track. She wrote that she was hoping for a solution to the situation and looking forward to continuing her employment.

Another employee requested that he not be forced to raise concerns outlined in the letter with Mr. Evans. "We have already tried and I feel that doing so will only make things worse," the employee wrote, adding: "I have not signed this letter as I am concerned about repercussions of this complaint if Brent were to find out who it came from."

In a formal response to Ms. Smith's human-rights complaint, a lawyer for Mr. Trzewik and the circuit denies that either party discriminated against Ms. Smith. The document states that Mr. Trzewik and track officials were unaware of the harassment issues before they received employees' written accounts.

But Ms. Smith told The Globe that Mr. Trzewik, the track president, told her and other employees that they were "free to find another job" if they did not like working conditions at the circuit.

Asked about the alleged comment, Mr. Trzewik said his words were misunderstood.

"I honestly think she misinterpreted because I would never say that," he said, recounting a meeting with disgruntled employees convened for "fact-finding" after they submitted their letters.

"Because at that time we hadn't made the decision to transfer [Mr. Evans] out … I just said to them, also please keep in mind you do not have to leave the company, you could also come to different parts of our company and become a technician, become a parts person," Mr. Trzewik said.

"We don't talk to people that way."

Ms. Smith alleges her employers were unwilling to investigate the allegations until she lodged a complaint with WorkSafeBC. Provincial law compels employers to formally investigate when a harassment complaint is filed with the authority.

Mr. Trzewik said his team "reacted as fast as we possibly could" to the complaints against Mr. Evans, which he said were the company's first dealings with harassment-related allegations. Company officials, he said, followed a road map provided by WorkSafeBC to deal with the issue.

Still, Mr. Trzewik said, Ms. Smith's case is "not as black-and-white as many other claims in the world can be."

"There hasn't been any physical contact in any of those claims," he said of Ms. Smith's allegations. "If something like what Brent has allegedly done were to be done to my sister or to my mother … I wouldn't be happy because she felt uncomfortable.

"But there was no physical contact … no physical harassment," he said, adding: "I think maybe Char Smith may be extremely sensitive to him as a person."

After WorkSafeBC inspectors discussed the need for track officials to formally investigate, company officials interviewed Mr. Evans, a nearly 10-year employee, about the allegations against him. In a transcript of the interview obtained by The Globe, Mr. Evans denied making comments about his sexual desire for Ms. Smith.

"The comment that I made in the lunch room was not out of an interest or desire, it was a poor statement that I made," Mr. Evans said. "I stated, 'I think she needs to get laid and someone needs to show her a good time,'" he told the interviewer, adding: "I have no interest in Char at all."

Mr. Evans went on to admit telling Ms. Smith she could wear "slacks or a skirt" instead of cargo pants and work boots. He said he did not knowingly pin Ms. Smith behind her desk or realize she was uncomfortable when he looked at her screen because "she did not communicate I was in her space." Regarding his post-Christmas-party invitation to his room, Mr. Evans said he invited not just Ms. Smith but also other staff to "get together and have a few drinks."

In their human-rights tribunal response, Mr. Trzewik and the track confirm Mr. Evans's admissions. They say his behaviour "occurred without the knowledge and consent" of track officials.

In his interview with track brass, Mr. Evans said the allegations "crushed" him and made him question "every fiber of who I am," according to the transcript.

"Have there been mistakes? Yes, absolutely," he told the interviewer. "This is not my character," he said, adding that his behaviour was triggered by "stress and needing time off."

"I truly feel I have made some errors and have learned from them," he said.

Last June, GAIN's human-resources manager, Nicole Jimenez, concluded the internal investigation into the allegations. "It was identified that bullying and harassment did occur at the workplace," she wrote in a report submitted to WorkSafeBC.

Mr. Evans, who was suspended during the investigation, was notified via e-mail of the findings. He would be temporarily removed from the track, the e-mail said, and reassigned to a sales position at Subaru of Nanaimo, one of the company's dealerships, to undergo mentoring and retraining. If he was successful, the note said, he would be returned to his original position.

"No representation has been made to him that he can return if the claim is by any chance found to be true," Mr. Trzewik said.

A website for Subaru of Nanaimo lists Mr. Evans as an assistant sales manager there.

Ms. Smith, who no longer works at the track, has declined an early settlement meeting and is considering a civil suit. A hearing date has been tentatively set for the human-rights tribunal hearing for next September. 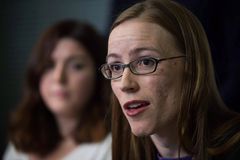 Concordia University says sexual misconduct 'will not be tolerated' after allegations surface
January 10, 2018 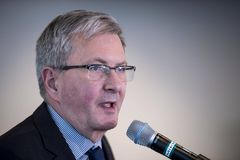 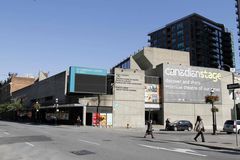