RCMP Corporal Catherine Galliford has settled her sexual harassment lawsuit with the force, ending one of the first and highest-profile complaints from female officers that have driven a debate about the national police agency's treatment of women.

Cpl. Galliford confirmed the settlement on Tuesday, although neither she nor the force disclosed details.

The once-prominent spokesperson for the Mounties in B.C. came forward with her allegations of sexual harassment and abuse more than four years ago and filed a lawsuit shortly after. In the years since, a growing list of current and former officers made similar allegations, and at least two potential class-action lawsuits are in the works.

"The ball is in their court," Cpl. Galliford said in an interview on Tuesday when asked about the other complaints.

Cpl. Galliford's settlement heads off a court hearing that was scheduled for 2017, which she said she had been looking forward to as an opportunity to raise the profile of her concerns about the force.

"I was somewhat blindsided by this settlement, and I am satisfied with the outcome, as well as my lawyer being satisfied," she said. "At this stage of the game, that's all that counts."

She said she has abundant confidence in female officers who are still suing the RCMP over harassment claims. "The people who are still fighting this fight have a very good handle on what they are doing," she said. "I encourage them. I am here for them. I applaud them."

Cpl. Galliford, who went on sick leave in 2006, alleged in her lawsuit that she was subjected to two decades of sexual harassment and bullying.

She said she faced "daily, systemic" harassment at work but had no one to counsel her, her lawsuit alleged.

Cpl. Galliford's lawsuit was among a string of cases that forced senior Mounties to promise reforms to protect women.

An internal RCMP report released in 2012 suggested gender-based harassment happened frequently to the female officers who participated in a study of their experiences of being bullied by colleagues and superiors. The next year, RCMP Commissioner Bob Paulson released an action plan that included 37 items to help the force respond to harassment complaints.

In a letter to the federal public safety minister last year, Commissioner Paulson said he believed the force had "moved beyond" issues of harassment and bullying.

Cpl. Galliford said she has post-traumatic stress disorder as a result of the way she was treated as a Mountie. She plans to seek "intense" treatment to recover from symptoms that include agoraphobia and short-term memory loss, she said.

"I am still somewhat numb, but that could be part of the PTSD," she said. "I haven't quite processed everything that's happening right now."

She said she is in a challenging situation. "I have lost my home. I wasn't quite at the point of declaring bankruptcy, but pretty close. And I am still battling PTSD, so every time I have to do something with regard to the RCMP, it sets me back a little bit in my treatment and management of the PTSD."

However, she said she wants to continue acting as a sounding board for other female officers seeking justice from the RCMP, and to find new work.

As for the force, she said it has responded with "beautiful words on paper," but independent investigators are needed to assess complaints. Commissioner Paulson has promised a serious effort to deal with harassment.

"Why would you go to a senior officer in the RCMP to complain about harassment in the RCMP?" she said.

Cpl. Galliford's lawyer, Barry Carter, said he also could not comment on the settlement, nor speculate about its ramifications.

An Ottawa-based spokesperson for the RCMP declined to comment on Tuesday.

Cpl. Galliford, who will get a medical discharge this month, has completed 25 years with the force. She said she enjoyed her time on the road serving the public.

But she added she would not advise young women considering a career in policing to join the RCMP. 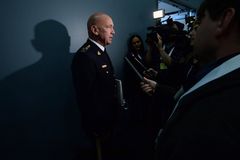 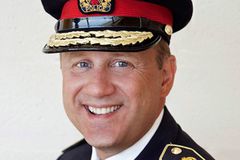 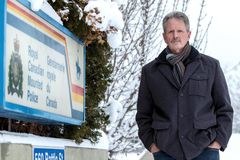