When Isaac Balson's band, My Kind of Karma, were gearing up for a cross-Canada tour, they had everything ready to set off from Kelowna, B.C., except for one key ingredient: gas.

Covering the cost of touring and transportation is a problem faced by every artist in British Columbia – it's no easy feat to cross a country with more land mass than the United States but only a fraction of the venues and people.

"Touring in Canada is a costly thing, it's six to eight hours of driving a day" said Mr. Balson, who plays ukulele and banjo in his folk-rock-reggae band.

"In the States, you can drive for an hour and a half and you're in a new city. New York to Boston is an hour, but what's two hours from Kelowna? Revelstoke? Not quite the same."

Mr. Balson and his band were able to scrape together money for fuel with an online crowdfunding campaign, which, he said, a lot of bands are turning to.

But My Kind of Karma and other B.C. musicians are now looking to a new funding source that doesn't depend on the kindness of their fans: the $15-million B.C. Music Fund, which was established to help both emerging and well-known artists with production, distribution and promotion. The goal is to transform B.C.'s music industry into a cultural and economic driver.

Helpfully for Mr. Balson, that includes $1.4-million for Music B.C., a non-profit industry group, to support domestic and international touring.

B.C. Premier Christy Clark announced the fund in 2016 alongside a Music Canada report that argued the province is filled with talent, but its music industry is in serious decline. The report, B.C.'s Music Sector: From Adversity to Opportunity, made 26 recommendations, many of which the BCMF addresses. Touring was highlighted in the report as a key challenge.

The music fund is overseen by Creative B.C., a government agency created to nurture the province's film, music and publishing sectors.

"Having been in this business for 25 years in B.C. as an agent, promoter, producer and small-business owner, I can assure you that I've never seen the industry as aligned [as it is now]," Alex Grigg, executive director of Music B.C., said. "It's wonderful to see … this engagement level between the industry and government."

Mr. Grigg said his organization is now planning what times of year are best to open funding applications; since touring cycles go in waves by season and plans can change, he wants to open applications at key points during the year instead of in one lump sum.

Music B.C.'s travel grant is among seven programs expected to be rolled out by Creative B.C. under the music fund. Others include investments in live music, research, industry initiatives, music company development and innovation, studio sound recording, and marketing.

Creative B.C. announced the latest program earlier this week. Artists can now apply to a $1.5-million pool for marketing and promotional support such as music videos, press kits, websites, and more. It's a matching program intended to fund up to 50 per cent of already-funded initiatives. More announcements are expected later this month.

B.C. is the third largest centre for record label production and sound recording in Canada.

"The volume of applications [for the sound recording program] has been very high, indicating a great demand from B.C. artists to record here in B.C." said Robert Wong, vice-president of Creative B.C. "We anticipate there will be more demand than there is funding."

Musician grants in B.C. have previously been criticized for funneling funding to already-well-established bands who may have less of a need for it than the up-and-coming indie bands trying to break into Canada's music scene.

Mr. Wong said Creative B.C. is addressing that, and will be publishing recipients of their grants, which will show "a number of marquee acts and up and coming acts across all genres of music."

B.C. Premier Christy Clark said B.C.'s fund could grow or change in the coming years, depending on its success. B.C. is the second province to launch such a fund, following Ontario in 2013, which launched a three-year $45-million grant program in 2013. 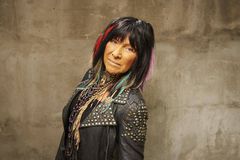 Canada asks composers to work for a song in 150th celebration competition
January 20, 2017 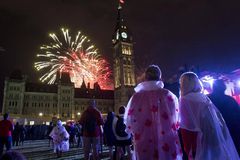 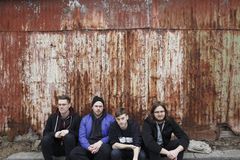