British Columbia's NDP minority government wrapped up its first legislative session on Thursday with a long list of promised changes achieved, including sweeping campaign-finance reform, investments in affordable housing and the launch of a referendum on the province's electoral system. The government's most significant accomplishment, though, is the endurance of the pact between the NDP and the Greens.

When two strong-willed leaders – the NDP's John Horgan and the Green's Andrew Weaver – announced in June they had reached an agreement to allow the NDP to wrest power from the Liberals, the odds looked strong that British Columbians would be heading back to the polls within two years.

Today, the dispute-resolution mechanism built into the agreement between the two parties has yet to be used, and Mr. Horgan, now Premier, says his once-fractious relationship with Mr. Weaver has never been better.

"No one is more surprised than he and I that we get on as well as we do," the Premier told the House during a budget debate this week.

Mr. Horgan is now counting on having a full four-year term to implement the NDP's agenda, although the terms of his minority government have forced adaptation. His campaign promise of $10-a-day daycare, for example, is taking longer than expected.

And there have been, as the Premier described it, "bumps" along the way.

In November, Mr. Weaver teamed up with the Liberal opposition to blast the government for a "misleading" announcement of a hydro rate freeze – before the regulatory authority had considered the proposal.

It was one of the times the NDP-Green pact failed to deliver on its promise of "good faith and no surprises."

The pact requires that the Greens support the NDP on votes where the confidence of the government is tested – primarily on budget matters. In exchange, the NDP consults with and provides briefings to the Greens on legislation, budget matters, senior appointments and policy – within the bounds of cabinet confidentiality.

The terms of the unprecedented deal are managed by a new, publicly funded secretariat led by Donna Sanford, who works out of a small office in the basement of the Legislature. In the case of the hydro rate announcement, she was given scant notice by government, leaving her with little time to provide the Greens with a heads-up.

As well, Mr. Weaver didn't hold back when Mr. Horgan continued to hold big-money fundraisers ahead of the campaign-finance reform law that both parties had promised – a move the Green Leader described as "reprehensible."

And, Mr. Weaver has made it clear he will not vote for changes to the Labour Code to end the secret ballot for union certification – effectively blocking a commitment Mr. Horgan has made to his trade-union allies.

On Thursday, Mr. Horgan told reporters those events are just "molehills" that have been made into mountains by the media. "Mr. Weaver and I agreed early on that we are going to disagree periodically, and I fully respect Mr. Weaver and his colleagues' independence and autonomy from the government."

The Greens say they are demonstrating that minority governments can work in B.C., and the party took credit on Thursday for a long list of measures in this first session. They say their efforts have led to the end of the "Wild West" of campaign finance in the province and that they have pushed climate action back onto the government's agenda.

Importantly, on the most contentious issue before the NDP government right now, the fate of the Site C dam, the Greens have indicated they will not defeat the government if they are unhappy with the cabinet decision. The Greens want the dam project killed, but Mr. Weaver has said it would be irresponsible to use that one decision to tear the minority government down.

In debate this week in the House, the Premier said he and Mr. Weaver meet every couple of weeks and there are no formal minutes of those sessions.

Mr. Weaver, during a recent sit-down with The Globe and Mail, said there have been no substantial disagreements on anything covered by the agreement between the two parties. "Quite the opposite – we've found that the BC NDP have been very open and receptive to our ideas, to our critique." 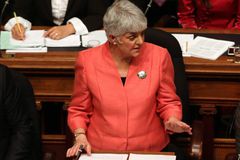 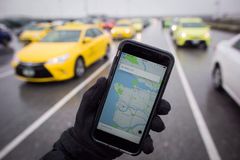