One of the more fascinating aspects of the money-for-access fundraising controversies raging in two parts of the country has been the response to the issue.

In Ontario, Premier Kathleen Wynne announced that she has called on other party leaders to help craft new guidelines on political donations. Ms. Wynne says she wants to end corporate and union donations and limit the amount any individual can contribute to a party. These new guidelines would mimic rules the federal government introduced more than 10 years ago and which a number of provinces have adopted, most recently Alberta.

In British Columbia, The Globe and Mail disclosed that Premier Christy Clark has attended private fundraising dinners at which people can fork over $10,000 each (or far more in some cases) in exchange for rare access to the most powerful politician in the province. The reaction has been in stark contrast to that of Ontario.

Ms. Clark announced that she would ask the province's chief electoral officer to make rule changes that would force political parties to make their donor lists public "in real time," instead of just once a year. In theory, the public should be able to find out the identity of those lucky folks with the kind of money to get exclusive access to Ms. Clark – information that is now kept secret. The B.C. Premier has signalled no intention, however, of ending the access-for-cash fundraising method her party has exploited so successfully. Nor does she intend to ban union and corporate donations, again, something that has generally favoured the free enterprise party in B.C.

However, much of the B.C. media's focus on the story, oddly enough, has been on the NDP, and the hypocrisy inherent in criticizing the Liberals for fundraising measures it employs itself.

I will concede NDP Leader John Horgan has not looked comfortable on this issue. Nor has he always been forthright on the subject. When I spoke with him last Monday, he had just landed in Ontario. When I asked why he was there, he said he was going to Ottawa, where he was scheduled to speak at a conference at the Broadbent Institute. What he neglected to say was that he was in Toronto, where he would attend a $5,000-a-head fundraising breakfast a couple of days later – amid the furor over The Globe's revelations about Ms. Clark's $10,000-a-plate dinner. His function was not mentioned to me at all. The B.C. Liberals found out about it, contacted media outlets, and that's how word of the breakfast got out.

Mr. Horgan did not emerge looking very good. It should be noted that the Opposition leader did go to Ottawa to attend the Broadbent Institute event, but not until later in the week.

Certainly, the NDP does look two-faced. On the other hand, a year out from an election, one can hardly expect the party suddenly to take the moral high ground and announce it will not hold private fundraising dinners or take union or corporate donations. It would be electoral suicide. As it is, the party is going to get badly, badly out-fundraised by the Liberals. I think the best thing the NDP could have done in the circumstances was to be completely up front about what it was doing and why. And then explain how it would clean up campaign financing regulations if it gets into power.

In Ontario, Ms. Wynne seems to have been jarred by the public criticism of her party's fundraising. (Even though the other political parties do it, too.) And now there seems to be no going back on her plan to change the antiquated campaign finance rules, leaving B.C., Saskatchewan, Newfoundland and Labrador, and PEI as the only provinces content to allow the sale of political access to continue.

B.C. New Democrat MLA David Eby has written to the province's conflict of interest commissioner, Paul Fraser, asking him to investigate revelations in The Globe about fundraising dinners with Ms. Clark. Meantime, the party was hoping to make a big splash on Wednesday by tabling a private member's bill outlining its electoral reform ideas. Unfortunately, Independent MLA Vicki Huntington beat the official Opposition to the punch and tabled an excellent bill of her own on Monday.

It is just another example of how the NDP has fumbled an issue it should be owning. 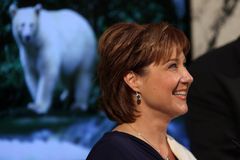 In Ontario and B.C., weak laws mean government access is for sale
March 29, 2016 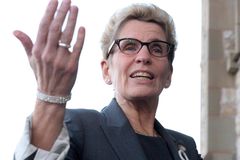 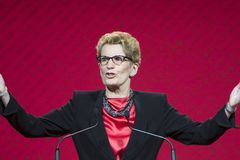