B.C. Environment Minister Mary Polak was in Ottawa last week to talk with her national counterparts about a pan-Canadian framework to address climate change. What she needs to do is begin to steer this conversation to a solution that will help her out of a jam.

Ms. Polak is the cabinet minister who is most likely to be stuck with the ignominious task of formally scrapping the province's climate-change targets for 2020 – unless there is a national climate plan that will rapidly change the picture.

Premier Christy Clark and Ms. Polak have both conceded it is almost certain that British Columbia will fail to meet legislated targets to reduce greenhouse gas emissions four years from now. Instead of falling, emissions in B.C. are creeping upward and the province's Liberal government doesn't have a plan to get them back on track by 2020.

Its only hope is that a new national climate action agenda will somehow bring additional resources to the mission – and soon.

The federal Liberals have promised to target funding to the provinces and territories to help those jurisdictions reduce emissions. But B.C. is potentially hobbled by its efforts to massively expand its energy sector.

While Ms. Polak was packing her bags for Ottawa, the federal government was announcing new rules to count upstream GHGs for all new energy projects. Those measures will not help the B.C. government maintain its climate leadership role while still pursuing a new liquefied natural gas industry. The federal changes will put the LNG bid into context on a national level – and that isn't a positive contribution for a national climate action strategy.

Just one LNG plant – the B.C. government hopes for five – would increase the province's entire GHG output, as it stood in 2011, by 8.5 per cent. That astounding figure comes from an environmental impact statement produced for the provincial environmental assessment of the Pacific NorthWest LNG project – one of the most advanced proposals on the table. "This is a substantial increase in regards to B.C.'s prevailing GHG reduction commitments," the 2014 study warned.

Nationally, with the oil sands output and everything else that Canadians contribute to GHGs, that one project would make a still-significant 0.75-per-cent increase of Canada's greenhouse gas emissions.

But that is just looking at the LNG plant itself. Had B.C.'s environmental review considered the upstream impacts, the figures would easily double. The Pembina Institute estimates that measuring the carbon footprint from the wellhead to the waterline, the Pacific Northwest LNG processing facility itself only accounts for about 40 per cent of total emissions.

Under Ms. Clark, the B.C. government has been trying to sidestep the policy clash between its pursuit of LNG and the climate-change agenda inherited from the Gordon Campbell administration. The province granted Pacific NorthWest LNG an environmental certificate late in 2014, despite warnings about the increase in B.C.'s emissions. The proposed facility has not yet received a green light from the federal environmental assessment process, but the province believes that tentative approval is imminent.

Environmentalists have cautiously applauded the new federal rules to measure the total GHG impact of proposed new energy projects, which will apply to Pacific NorthWest LNG. What they are waiting to see, however, is how Ottawa will use the data.

"Transparency is good – they will get a fuller picture of what the carbon footprint of LNG would be. But it will depend a lot on how they design the test, what they do with the information," said Matt Horne, B.C. associate director for the Pembina Institute.

Mr. Horne was part of the leadership team that reported for the province last November on how to revive British Columbia's climate-change efforts. He has said repeatedly that the goal of three or more LNG plants would make B.C.'s climate-change targets impossible to meet.

Even if an LNG industry does not get off the ground, the 2020 emissions targets are in trouble. B.C. was home to the first government in North America to introduce a broad-based carbon tax in 2008 as part of its climate policy. But for several years now, the political leadership in B.C. drifted. "The province of B.C. has itself to blame for not meeting the 2020 targets," Mr. Horne said. "I don't see what Ottawa can do now – we've lost too much ground."

Ottawa will need to work with all of the provinces and territories to achieve its national climate-change goals, but right now, the B.C. government needs a renewed commitment to action if it hopes to regain its leadership status. 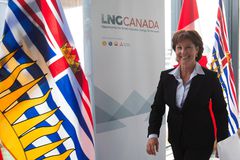 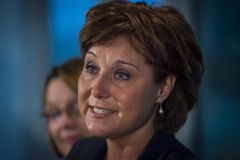 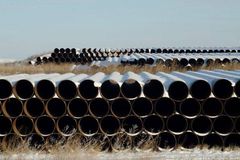