B.C. taxpayers will pay millions of dollars annually to help wean the province's main political parties off of corporate and union donations. The new NDP government introduced its long-promised campaign finance bill on Monday, but included the publicly funded subsidies as an unexpected part of the reform package.

The proposed changes to the Elections Act signals an end of a system that earned the province the reputation of Canada's Wild West of political fundraising, where parties have long relied on big-money donations with virtually no limits.

The move to a taxpayer-supported political system was never hinted at by the New Democrats prior to the May 9 election. But under the new bill, the main parties would receive an annual allowance for at least the next five years as they adjust to the new fundraising model, plus a continuing reimbursement of a portion of election costs to parties and candidates.

Investigation: Wild west: How B.C. lobbyists are breaking one of the province's few political donation rules

Prior to the election, the NDP said the issue of public subsidies would be determined by an independent election authority. Instead, over the next four years, the measures would cost taxpayers in excess of $27-million.

"Today, we are getting big money out of politics in British Columbia – the Wild West of the past will come to an end," Premier John Horgan told reporters at a news conference, where he would not take questions. "This bill is what we campaigned on."

But Liberal opposition critic Andrew Wilkinson said the NDP "abandoned" a commitment to leave the possibility of public subsidies to an independent tribunal.

"We're going to vote against the subsidies. We think taxpayers should not be paying parties directly," he said in an interview. However, he said it is too early to say whether the BC Liberals would refuse to accept a public allowance.

British Columbia won't be the only province with a public subsidy. Quebec provides an allowance to parties as part of its strict limits on donations. Subsidies were part of the federal funding model for political parties until they were cancelled by the Harper government prior to the 2015 election.

The NDP, while in Opposition, introduced a campaign-finance reform bill that proposed to ban union and corporate donations to the legislature six times. Each time, the governing BC Liberals rejected the limits, instead reaping the benefits of a system that provides almost no limits on political contributions.

The new bill, introduced by Attorney-General David Eby, is much broader than his party's pre-election commitment.

It would ban out-of-province contributions, cap individual donations at $1,200 annually to a political party and its candidates, and seek to curb the use of third parties as vehicles to circumvent the new limits. The limit on individual contributions would be among the strictest in the country, second only to Quebec. To replace some of the lost revenue as parties adjust to the new rules, the legislation would introduce a public subsidy tied to votes received in the most recent election. The subsidy would start at $2.50 a vote next year, decreasing to $1.75 a vote in 2022, when the subsidy would be reviewed. Only three parties currently meet the threshold to qualify for the allowance: the NDP, the Liberals and the BC Green Party. Based on this year's election results, that would add up to roughly $16.4-million in payments over the next four years.

Mr. Eby told reporters the cost is justified because the changes will mean an "unprecedented" shift in B.C. political fundraising.

He said the new measures would eliminate an estimated $65-million in union and corporate donations that would typically be collected by the main parties over the electoral cycle. Those donations are subsidized by the public in the form of political donation tax credits. (Officials from his ministry later said they are still working to assess the value of those tax credits.)

In addition, political parties and candidates receiving sufficient electoral support would be able to reclaim half of their election expenses. That would mean, using the new lower spending limits for campaigns, an estimated $11-million public payout after the next election.

The public subsidies would offset, to some degree, the loss of significant fundraising capacity for the NDP and the Liberals. But it would be a windfall for the BC Greens, who raised a fraction of the amount from fundraising. BC Green Leader Andrew Weaver welcomed the bill as "historic," noting that the governing NDP drafted the legislation in consultation with his party. "This demonstrates the opportunity we have to change the way politics is done here in British Columbia."

The bill promises more transparency in fundraising, with continuing public reporting of all fundraisers attended by major party leaders and cabinet ministers.

As well, the new law would be applied retroactively to donations currently held by political parties that would be prohibited under the changes. Those donations don't need to be returned, however. The legislation says prohibited donations cannot be used in future elections, but they can be spent on capital, staff or other expenses before the next campaign begins.

The previous BC Liberal government faced repeated calls to reform the province's campaign-finance system, including earlier this year when a Globe and Mail report uncovered prohibited donations by lobbyists, who were breaking one of the few rules the province had. The Globe's story found some lobbyists made political contributions under their own names and were later reimbursed by clients or companies. Such indirect donations are illegal. The RCMP have since opened an investigation into the practices of all of the province's political parties. 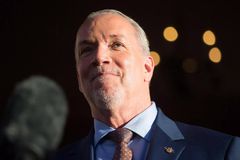 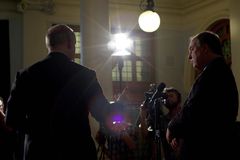